Groundfish used to be the linchpin of California commercial fishing—a year-round, reliable catch of tender white fish that consumers were eager to buy. But that all came to a halt almost two decades ago after populations plummeted from overfishing.

Now, in a remarkable development, California groundfish—which include about 60 types of rockfish as well as sand dabs, Petrale sole and other bottom-dwelling species—have rebounded dramatically, some species decades earlier than anticipated, thanks to long-term fishing restrictions and careful monitoring of fishermen’s catch.

It’s an environmental success story that shows the resiliency of nature and what can be achieved when people work together for a common goal.

As of Jan. 1, fishing restrictions for 10 previously impacted species have been loosened, which the Pacific Fishery Management Council says will bring back hundreds of jobs and millions of dollars to California fishing communities. One roadblock: The processing and distribution industry that used to exist around local fishing is all but gone from the Monterey Bay.

Chefs, seafood distributors and a variety of organizations are now working hard to put that infrastructure back in place, to re-energize the fishing business and allow consumers to once more savor super-fresh seafood caught on the Central Coast.

Much re-education is in order to familiarize cooks with the different species of groundfish, which have been out of the supply loop for so long.

“It’s not some crazy new kind of fish,” says Monterey Bay Aquarium executive chef Matt Beaudin, who spends much of his free time talking to other chefs to persuade them to get groundfish back on their menus. “It’s really versatile and forgiving—quick cooking, mild and sweet, and can be poached, roasted, pan- or batter-fried with great results.”

“Fishermen are really the heroes of this recovery—they teamed up to save the industry,” says Beaudin. “They helped get it back. Now it’s up to us to get people excited about it.”

“It’s an all-around success story,” says Jana Hennig, executive director of Positively Groundfish, a nonprofit trade group that is trying to encourage demand among restaurant chefs and home cooks. “It really gives us hope that things can turn around and be sustainable going forward.” 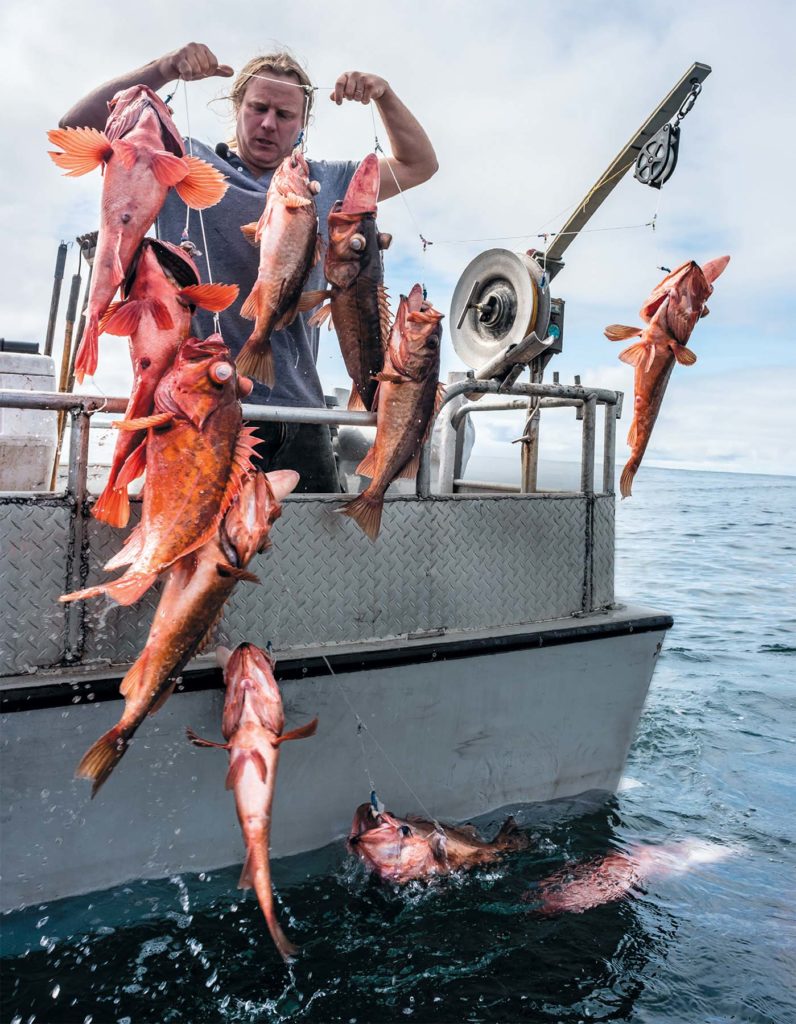 Fisherman Eric Hodge off the coast of San Francisco. Photo by David Hills.