In 1989, British sailor Tracy Edwards made history—and defied critics—by leading the first all-female crew to successfully complete the Whitbread Round the World yacht race, one of the longest and most grueling competitions of its kind.

Her inspiring story is featured in Alex Holmes’s exciting new documentary, Maiden, which chronicles Edwards’s intense 167 days at sea racing around the world. The film also presents a timely and relevant story about confident women breaking down barriers and overcoming institutionalized sexism in an insular community.

“I hope people—in particular girls—will see that you don’t have to be perfect to succeed,” said Edwards at the documentary’s New York premiere on Tuesday evening. “If you are doing something that you are absolutely passionate about, and truly believe that you can do it—you can do it. Anything is possible. I hope my story visibly demonstrates that. Many people did not think we could race, and we accomplished it. We believed in ourselves.”

The documentary, out June 28 in New York and Los Angeles, effectively mixes archival footage and new interviews with Edwards and her crew members, building a suspenseful story about their roughly 32,000-mile voyage while giving an intimate look into the sailing world.

“The sea is very honest, and there’s no gossiping behind your back. It’s telling tales right in front of you, and what you see is what you get,” said Edwards—who left home as a teen and moved to a seaside town, where she eventually talked her way into jobs on yachts. “And it makes me feel who I am. I feel quite awkward on land sometimes, and when I’m at sea, I don’t need to look or behave a certain way. I can just be out in the elements and feel like me. It’s freeing.” 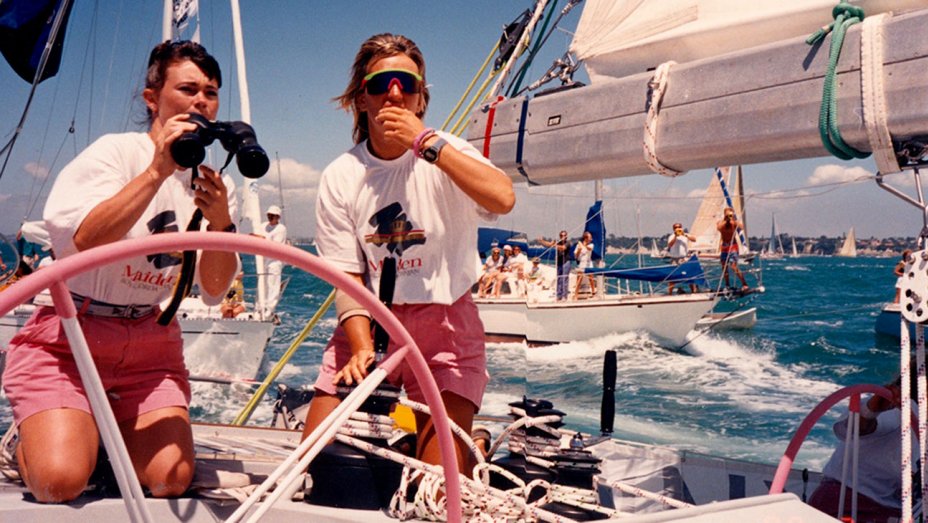