StarKist Co. has been ordered to pay a $100 million penalty for its role in a conspiracy that prosecutors say inflated the prices consumers paid for canned tuna.

The market leader for packaged tuna in the U.S., StarKist worked with rivals Bumble Bee Foods LLC and Chicken of the Sea for almost a two-year period that ended in December 2013 to fix prices for canned tuna, according to court filings. A federal judge ordered the company to pay the $100 million fine, the Justice Department said Wednesday.

StarKist cooperated with prosecutors and accepts responsibility for its actions, Chief Executive Andrew Choe said. The fine will end the company’s involvement in the investigation and resolves all outstanding criminal antitrust issues, according to a spokeswoman for StarKist, which is part of Dongwon Group of South Korea.

The price-fixing conspiracy emerged against the backdrop of falling demand for canned tuna. Consumers have been shifting to fresh or frozen fish for years and per-capita consumption of canned tuna fell 42% in the three decades that ended in 2016, according to Agriculture Department data.

When it charged StarKist last year, prosecutors said the company attended meetings with representatives of other tuna processors, where they spoke about fixing, raising and maintaining prices for packaged-seafood products. Later, prosecutors specified that the companies, including StarKist, were focused on canned tuna. 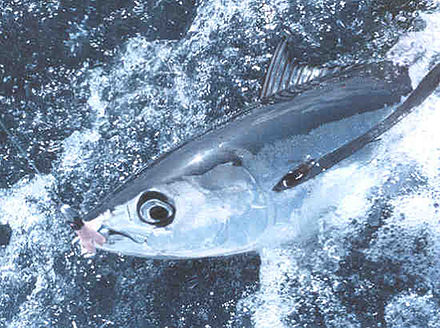