This spring’s record-shattering flooding from the Mississippi River has wreaked historic havoc on oyster production in the Gulf of Mexico, which could reverberate for years to come with scant supply and hard-to-digest prices.

Louisiana, which bore the worst of the damage from too-low salinity and smothering algae blooms and historically accounts for 75 percent of gulf and 34 percent of U.S. harvest, is all but out of commission for this fall’s oyster harvest season.

Mortality at some public and private oyster grounds is up to 100 percent, prompting state officials to close all areas east of the Mississippi and plead with the U.S. government for a federal disaster declaration. Mississippi, with mortality running as high as 90 percent, also has declared a fisheries disaster.

“We are struggling,” said Carolina Bourque, Louisiana’s oyster program manager. “Oyster season last year was a huge decrease and this year is going to be even worse. We are fighting way too many environmental changes. We hope Mother Nature will rebound.”

Long term, Louisiana’s seasonal landings total about 12.4 million pounds. The 2018 season yielded only about 11 million pounds, with dockside prices averaging about $60 per sack. Supply is expected to plunge this fall and winter. “If you can get your hands on oysters, if you can find them, the price is really going to go up,” Bourque said. 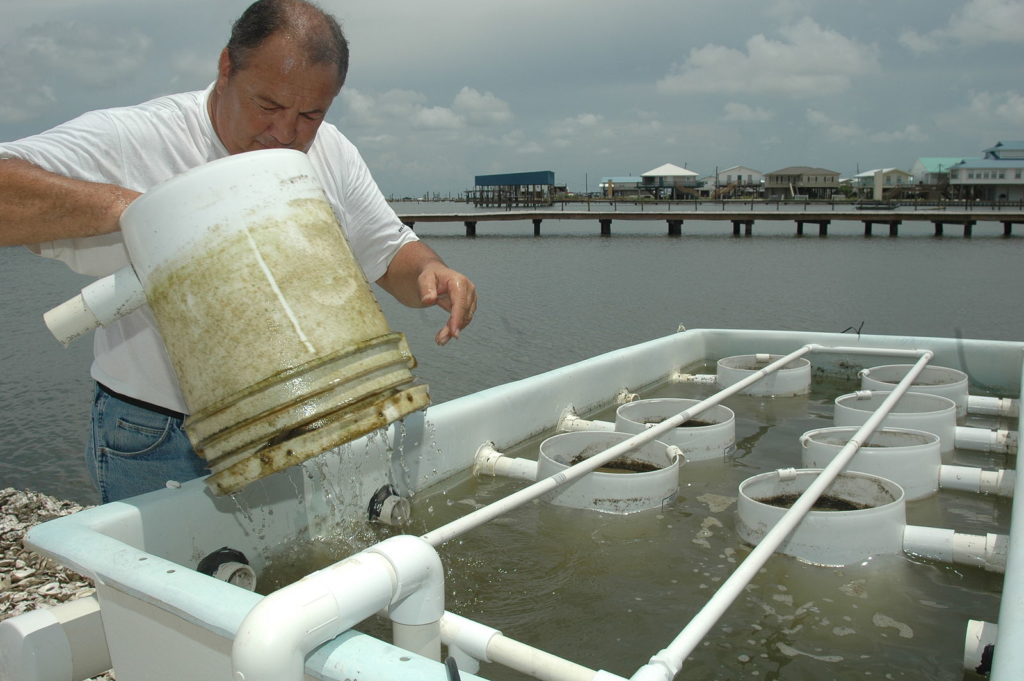 Posted October 4, 2019 by US Harbors & filed under Coastal News, Fishing.