If you wanted to create the perfect blackfish habitat, you’d start with a mussel-encrusted rock bottom, pepper it with a generous number of wrecks and large boulders then harden some of the shoreline with jetties, sea walls, docks and bulkheads. Next, add an abundance of crabs, including green, calico, hermit, fiddler and Asian, and mix in a shallow gravel bottom, sloping points and deeper water just a short run from port. What I’ve just described is Long Island Sound, as well as the recipe for some of the best blackfish action on the East Coast.

Indeed, each fall the Sound hosts a blackfish fishery that draws anglers from all over the Northeast (there is a spring run, too, but it’s so tightly restricted that few anglers bother to fish it). From shallow jigging action inside the harbors and along shore to deep-water wreck fishing in currents that can require 6 to 12 ounces of weight to hold bottom, this 110-mile stretch of tautog Nirvana has it all.

“Whether you call them blackfish or ‘tog,” says Capt. Bob Wadsworth of the Sunbeam Fleet, which sails out of Waterford, Connecticut, “they taste great, fight hard and grow big in these waters.”

Wadsworth should know. It was aboard his boat two years ago that angler Tim Nguyen landed the Connecticut state record blackfish: a 26.6-pound, 34-inch brute taken near Two Tree Island in Niantic Bay on the first day of the state’s fall blackfish season. That behemoth ate a green crab in just 15 feet of water.

“Here on the eastern end of Long Island Sound, we generally fish in strong currents and often in deep water, so we favor single-hook bottom rigs with green crabs for bait. I try to keep it as simple as possible on my boat, especially with anglers who are new to blackfishing. The less specialized gear, bells and whistles, the more fish you are likely to catch.” 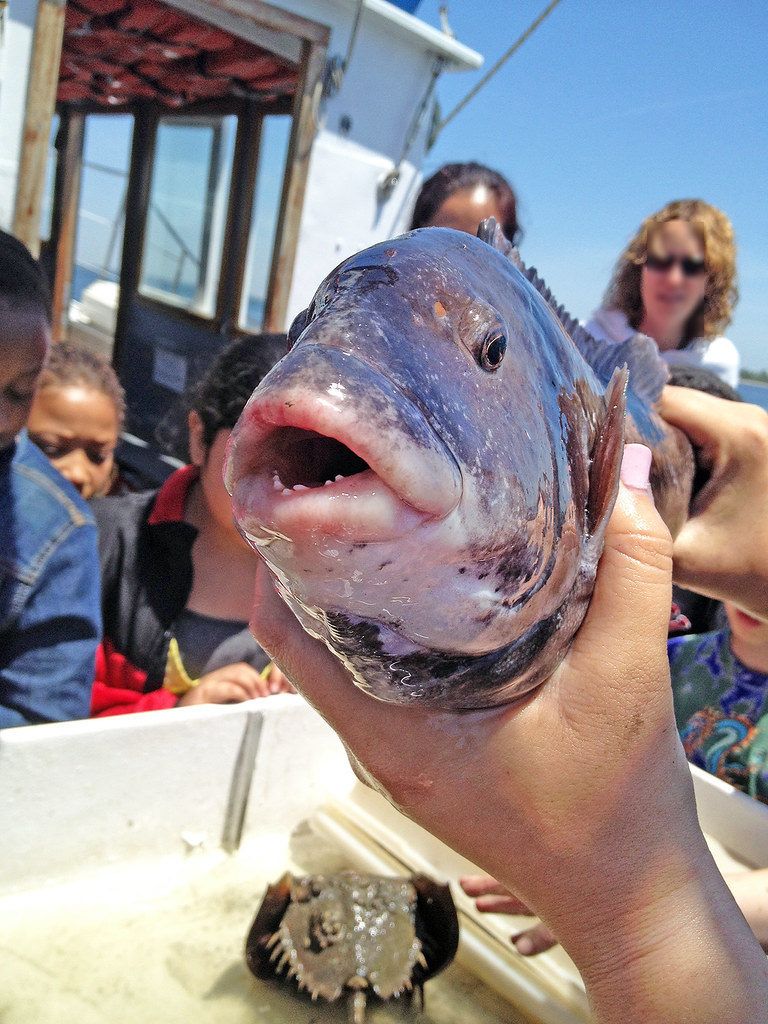 Photo Courtesy of The Maritime Aquarium at Norwalk.