ORLEANS, Mass. — The Kemp’s ridley sea turtle, among the rarest and most endangered of the seven species of sea turtles, was found motionless shortly after high tide on Cape Cod’s Skaket Beach. It was in dire straits.

The chilly fall ocean temperatures off Cape Cod had dangerously dropped its body temperature, creating a hypothermia-like condition called cold-stunning. The cold water had slowed the animal’s heart rate, making it lethargic and incapable of swimming back to warmer waters.

Bob Prescott, a former director of the Mass Audubon Wellfleet Bay Wildlife Sanctuary, carefully scooped up the creature, soon to be designated No. 112, to try to save its life.

“We treat them all as if they are alive,” said Mr. Prescott, who is widely credited with raising awareness of the sea turtles’ surprising presence in the Cape. Since Mr. Prescott first found a stranded turtle on a beach in the region in 1974, the numbers have only been rising. 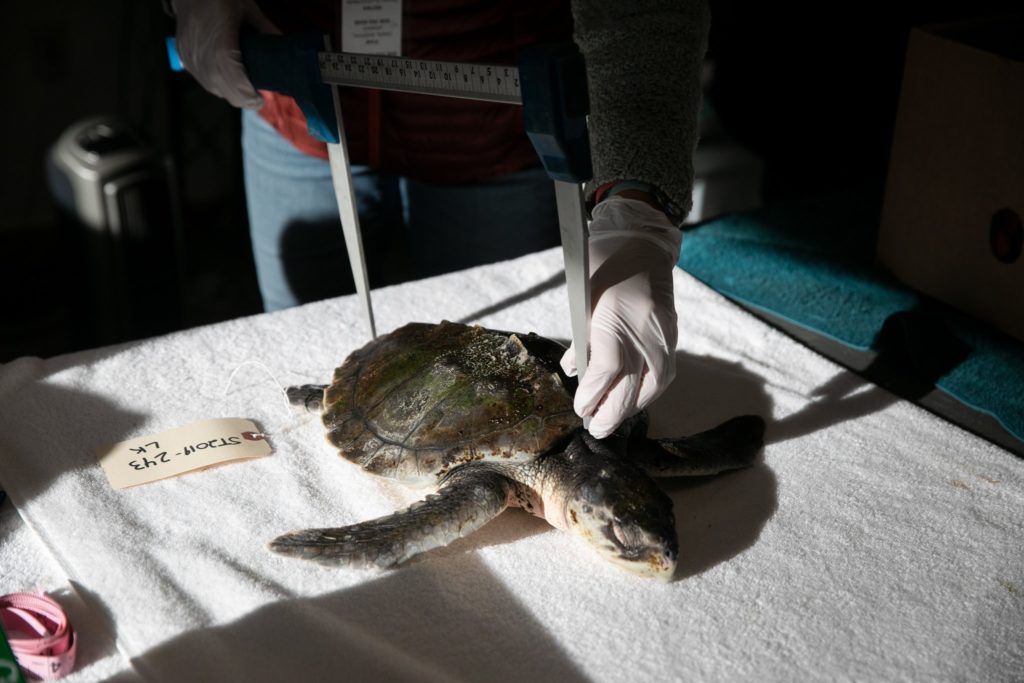 Photo Courtesy of Kayana Szymczak for the NY Times.