Forecasters are good at predicting large winter storms, but even mild winter weather can be dangerous for travelers.

Trying to travel in the midst of winter weather can be inconvenient at best and dangerous — even deadly — at worst. Snow, freezing rain and black ice can snarl traffic and delay flights, and can also lead to accidents and traffic fatalities.

A team of scientists at NOAA’s National Severe Storms Laboratory and National Weather Service is working on ways to better forecast potentially dangerous winter weather to cut down on these impacts to travelers. Heather Reeves, a researcher at the Cooperative Institute for Mesoscale Meteorological Studies (CIMMS) supporting NSSL, said the project is focusing on the smaller or more short-lived weather hazards — not the big, “snowmageddon” type storms.

“We have gotten really good at predicting when a big event is going to happen and what regions it will impact,” said Reeves, who is leading the research. “The real danger now are these events where people don’t have to stay inside. They can still go out and live their lives, but there may be moments where they need to exercise caution.”

Reeves’ research, which is supported by funding from the Federal Aviation Administration (FAA) and NOAA, is focused on two modes of travel: car and airline. With car travel, a small amount of freezing precipitation isn’t likely to prompt drivers to stay off the roads. But the black ice that freezing precipitation can cause is a big safety problem, leading in some cases to car accidents and fatalities. A study led by CIMMS undergraduate researcher Joe Burzdak shows that only 46% of all snow-related fatalities on roads have an NWS advisory or warning. In this figure, roadways are displayed in blue lines and the dots represent fatalities, colored to indicate whether an NWS warning or advisory was in place when the fatality occurred. Credit: NOAA/CIMMS

Short-lived snowfall can be equally as dangerous. Reeves notes a 36-car pileup in central Pennsylvania in February 2016 was caused by a short, unexpected snow flurry.

“It was very short-lived and hardly produced any snow, but it came through and reduced visibility at the wrong time,” she said. “This wasn’t the kind of thing that resulted in a weather advisory, because there wasn’t enough snow for that, but it’s the kind of thing we want there to be messaging for.”

As part of this research, CIMMS researcher Shawn Handler developed a new tool that helps forecasters anticipate when roadway temperatures are below freezing, which in turn allows them to predict how likely they’ll accumulate snow and ice. The team hopes to transition this tool into NWS operations in the next two years.

The messages forecasters use for these hazards can be tricky. Forecasters don’t want to put out a warning or alert anytime some winter precipitation is likely, as that could lead the public to be overloaded by weather alerts. The questions about messaging will likely come later in the research, but Reeves notes her team has partnerships with some state departments of transportation, and one way to get more insight into messaging would be to get state DOT officials and emergency managers in a room to talk about how they think their communities might respond to different levels of warnings. This collaborative approach is already being used for other weather-related messaging questions in NOAA’s Hazardous Weather Testbed. 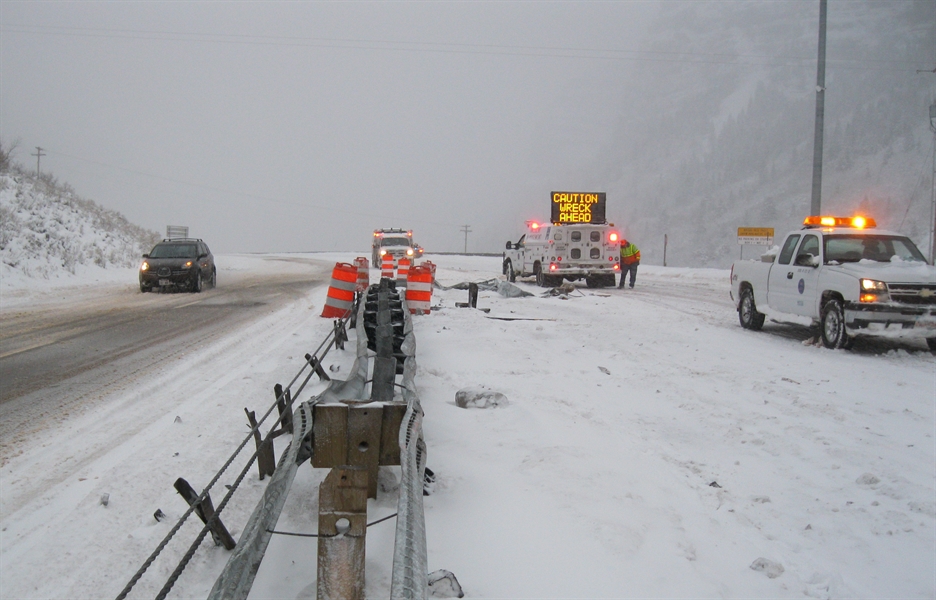