The source of the oil spill that left reddish fuel oil atop Baltimore’s Inner Harbor Saturday has not been determined, but Maryland environmental officials don’t believe there is reason to be concerned about an ongoing leak.

“We do not know the source,” said Jay Apperson, spokesman for the Maryland Department of the Environment. “We have no indication this is an ongoing release.”

The leak was discovered Saturday morning, near the Port Discovery Children’s Museum. The U.S. Coast Guard has been using a vacuum truck to remove the oil.

Apperson said tracking the source of the spill is a challenge, since it wasn’t noticed while it was happening.

“We have checked some storm drain systems, but the Jones Fall outfall services a massive area, making it difficult to trace back for a potential source without a report of a spill,” Apperson said in an email.

The public is encouraged to avoid contact with the contaminated water.

“If anyone knows of a spill or release that might be related to this (or any release, actually) they should call MDE at 866-MDE-GOTO,” Apperson wrote. 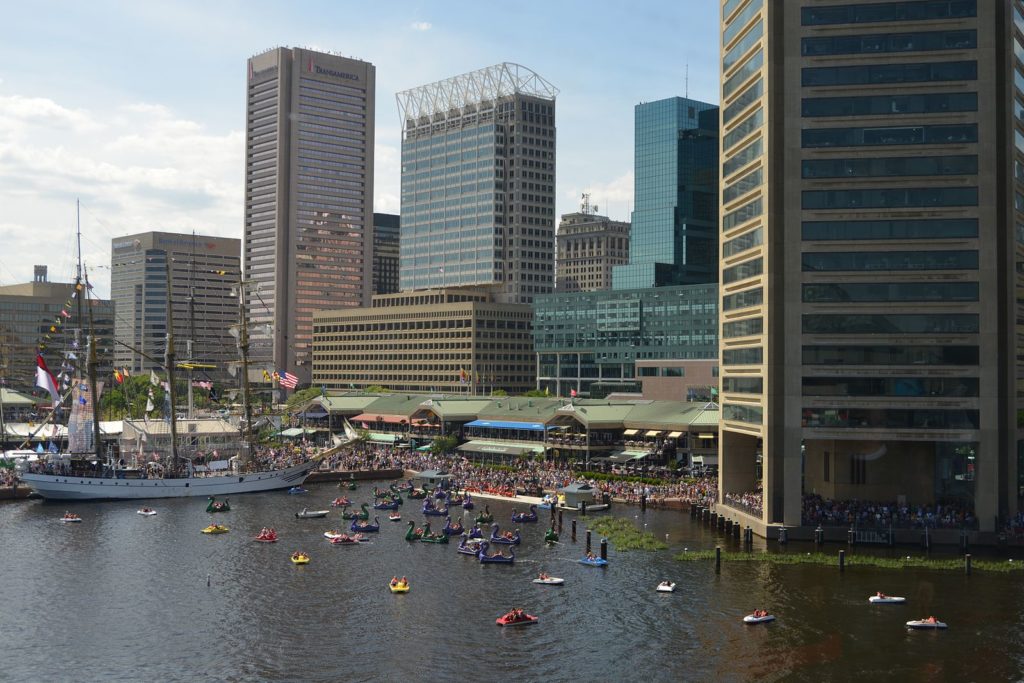