The Largest Arctic Ozone Hole Ever Recorded is Now Closed

Just as suddenly as it first formed, a record-breaking ozone hole has healed. The largest ozone hole to ever open up over the Arctic is now closed, after first opening up earlier this spring.

Scientists monitoring the “unprecedented” hole at the Copernicus Atmospheric Monitoring Service (CAMS) announced the closure last week. Despite coronavirus lockdowns leading to a significant reduction in air pollution, researchers said the pandemic likely was not the reason for the ozone hole closing.

“Actually, COVID19 and the associated lockdowns probably had nothing to do with this,” CAMS tweeted Sunday. “It’s been driven by an unusually strong and long-lived polar vortex, and isn’t related to air quality changes.”

Now that the intense polar vortex has ended, the ozone hole has closed. CAMS said Monday that it does not expect the same conditions to occur next year.

According to recent data from NASA, ozone levels above the Arctic reached a record low in March. The “severe” ozone depletion was certainly unusual — 1997 and 2011 are the only other years on record when similar stratosphere depletions took place over the Arctic. 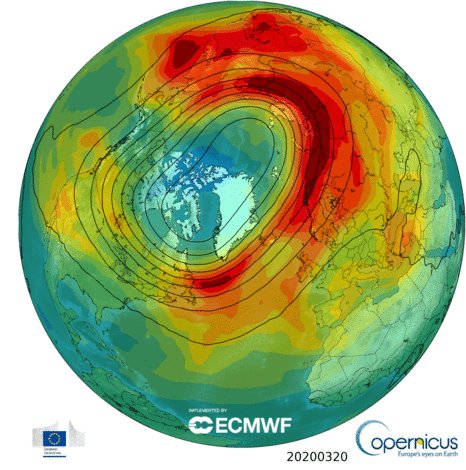