Dolphins Have an Eating Trick. How They Learn It Is More Surprising.

In Shark Bay, Western Australia, these swimming mammals have devised devious tactics to snare slippery prey. In one trick, dolphins chase fish into empty seashells, then chauffeur the shells to the ocean surface, where they use their beaks to jostle the prey into their mouths.

This behavior, called shelling or conching, is rarely documented by scientists.

“You never know when it’s going to happen,” said Sonja Wild, a behavioral ecologist at the Max Planck Institute of Animal Behavior in Germany. Dr. Wild first witnessed shelling in 2013 and compares the behavior to dislodging stray crumbs out of a near-empty bag of chips. “It’s really remarkable when all of a sudden there’s a giant shell popping up by the boat, being shaken by a dolphin.”

Most dolphins pick up tool-savvy skills from their mothers, and one might assume that the craft of conching would be inherited, too. 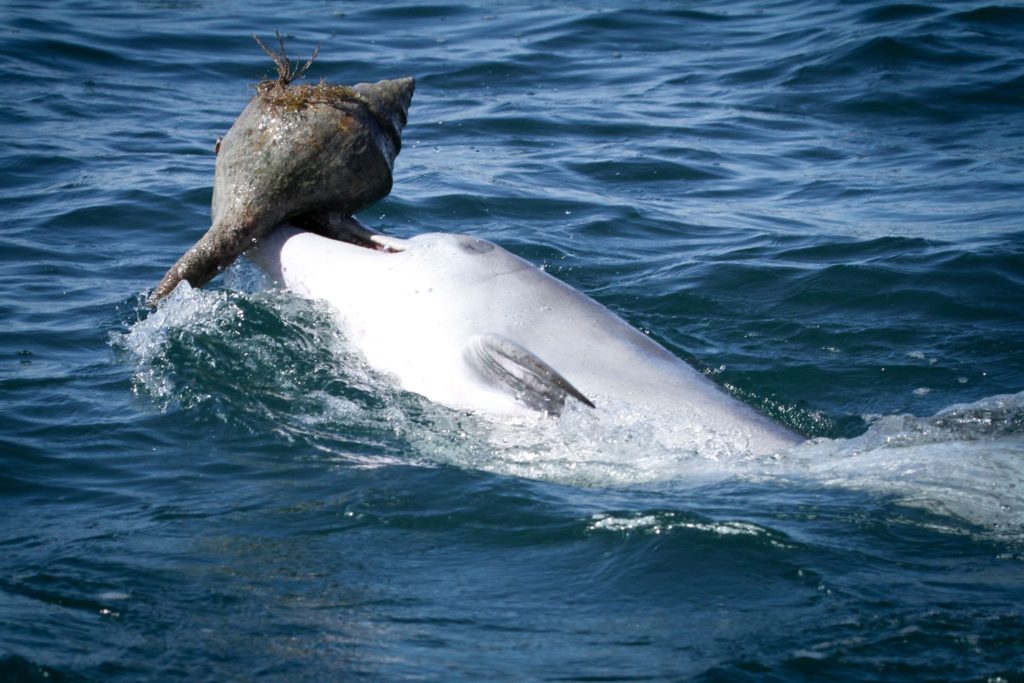 An example of a dolphin behavior called “shelling,” in which a dolphin chases a fish into an empty shell, brings it to the surface and shakes the fish out of the shell and into its mouth.Credit...Sonja Wild/Dolphin Innovation Project