Tropical Depression Cristobal is meandering over Yucatan Peninsula Friday morning, but it’s expected to move back into the Gulf of Mexico overnight and strengthen back into a Tropical Storm.

As it moves north, Cristobal will encounter a lot of atmospheric sheer and dry air, and because of that, it is only expected to have about 60 mph winds.

By Sunday afternoon, Cristobal will approach the Louisiana coast, but because the storm will be large, its effects will be felt all the way to Florida.

Due to the size of the tropical cyclone, flood watches have been issued for Florida, Mississippi and Louisiana through early next week.

The biggest threat with Cristobal will be heavy rain and flooding. Some areas along the Gulf Coast, and even into Mid-Mississippi River Valley, could see between 5 to as much as 10 inches of rain. Locally, more than 10 inches of rain is possible.

So far, the storm has caused 2 to 3 feet of rain to fall in Central America and Mexico, producing deadly flash floods.

In other weather news around the country, widespread severe weather caused more than 300 damaging storm reports from Colorado to New Jersey. 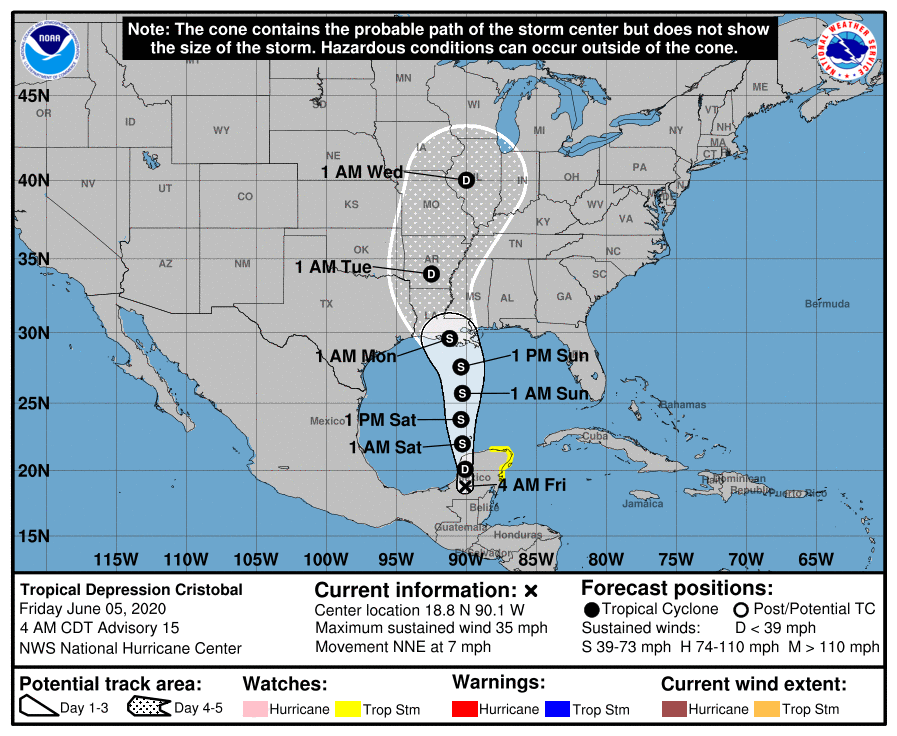