Everyone — at least, pretty much everyone — knows you shouldn’t stare at the sun. It’s dangerous. That’s unfortunate, in a sense, because there’s a lot to see, and the sun not only sustains life on Earth, but it’s beautiful.

This month marks a full decade of NASA’s Solar Dynamics Observatory (SDO) doing the staring at the sun for us. It’s been studying the star closest to Earth non-stop from orbit, gathering 425 million high-resolution images since June 2010. That’s almost as many photos as your Instagram-obsessed friend has taken on their phone in that time.

The data collected has helped scientists make many discoveries, but for those of us scrolling the internet for some kind of good news, NASA has turned the observations into something fun. NASA has compiled the images from the SDO to make a stunning time-lapse of the star’s activity over the last 10 years.

The time-lapse assembles images taken at a wavelength of 17.1 nanometers, per NASA’s announcement, which is “an extreme ultraviolet wavelength that shows the sun’s outermost atmospheric layer — the corona.” The movie compiles a photo every hour, with dark slides “caused by the Earth or the moon eclipsing SDO as they pass between the spacecraft and the sun.” 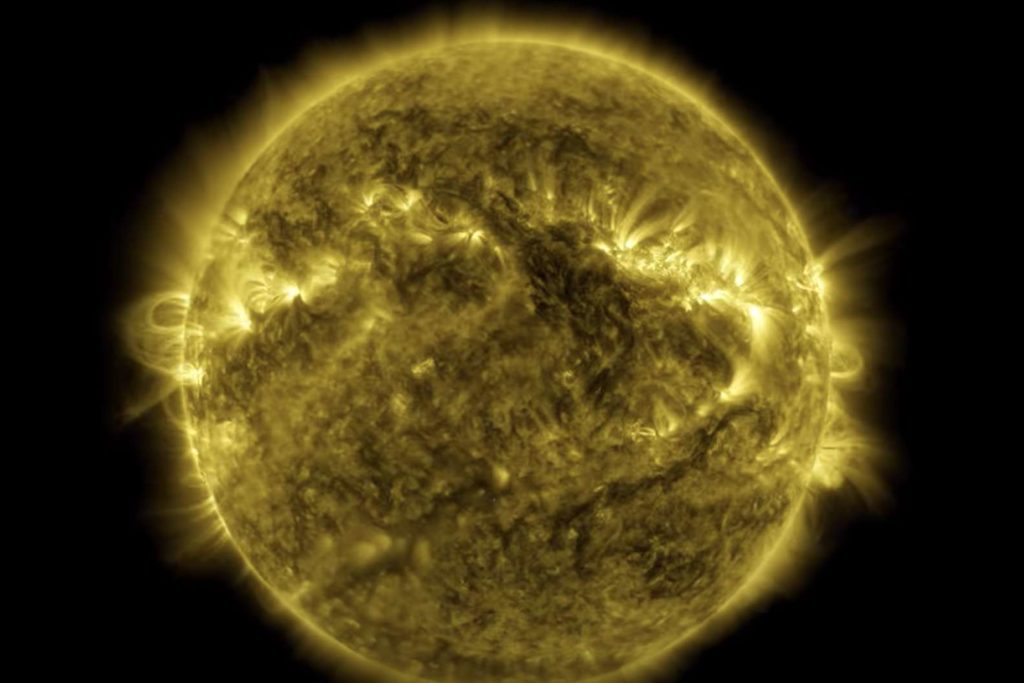