A trio of sail-powered autonomous vessels are underway in the Bering Sea to conduct a two-month survey of pollock, aimed to fill NMFS data gaps with the forced covid-19 cancellation of standard surveys by crewed science vessels.

The saildrones launched from Alameda, Calif., in late May and cruised under sail for 40 days at around 2 knots over almost 2,700 miles – roughly the transcontinental distance between Miami and Seattle, according to NMFS officials.

The robotic boats – equipped with the same acoustic technology used on research vessels to estimate pollock abundance – arrived at Unimak Pass in the Aleutian Islands at the end of June.

“At this point the saildrones separated,” according to a July 15 updated issued by NMFS. “Each saildrone will cover a third of the 600-nautical-mile-wide survey area, which is bordered by Alaska’s Aleutian Islands to the south and the edge of the Bering Sea shelf to the west.”

The saildrones will steer through a series of north-south transects moving from east to west, on a mission plan designed to mimic a typical ship survey as closely as possible. 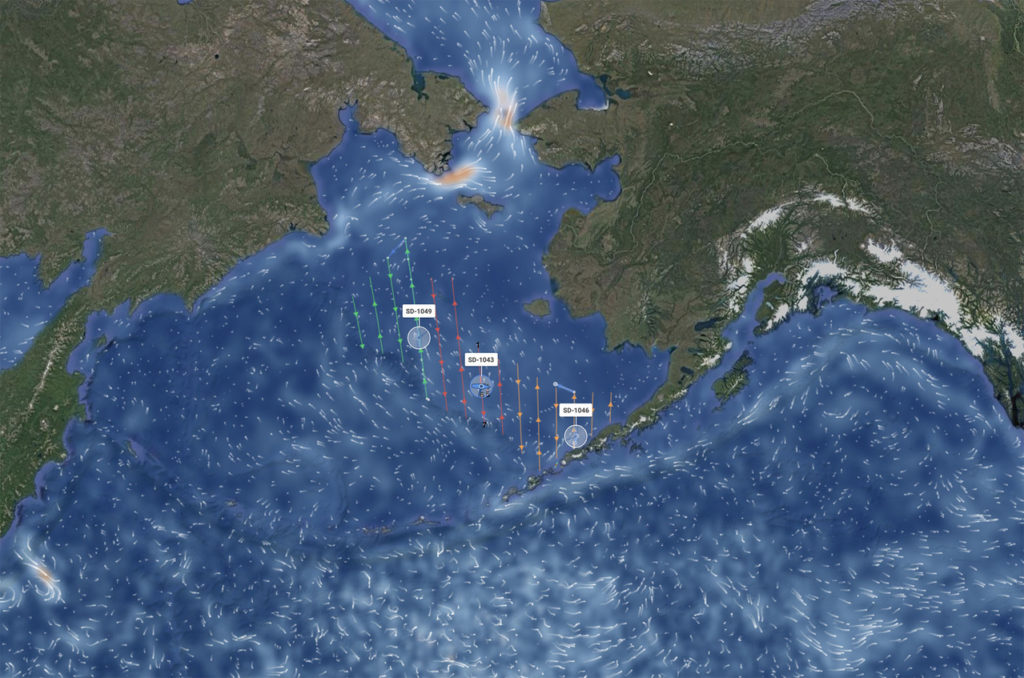