DNREC continued to broaden the recreational allure of Delaware’s renowned artificial reef system today by sinking the Reedville, originally a World War II and Korean Conflict-era coastal freighter and supply ship at a reef site 16 miles offshore and with readings of *38 40.423’N 74* 44.295’ W at a depth of 87 feet. The Reedville was converted to a commercial fishing vessel after military decommissioning and has found another new life starting at 12:18 EDT as fish habitat on the ocean floor through DNREC’s artificial reef program.

The sinking of the 180-foot long Reedville was the reef program’s first deployment of a vessel since a retired Chesapeake Bay cruise ship was sunk late last year onto Reef Site No. 11. That came after the nationally-publicized and viral-videoed 2018 sinking of the retired Lewes-Cape May, N.J. ferry Twin Capes onto the Del-Jersey-Land Reef, second only to Reef Site No. 11 as a popular angling destination. Because of the ship’s profile featuring a cavernous hold and 38-foot keel to top of stack, the Reedville is expected to be a boon to two fisheries prominent in Delaware inshore waters, black sea bass and tautog.

“We continue to enhance the angling and recreational diving experience in Delaware by expanding our reef system, which includes 14 separate reef sites in the Delaware Bay and along the Atlantic Coast,” said DNREC Secretary Shawn Garvin. “When we sank Twin Capes two years ago as a centerpiece of the system, it was unmatched as an artificial reef for both providing fish habitat and a spectacular dive with its five decks for underwater exploration. Now with the Reedville, we’ve got four reefed vessels of the same class and we are putting it in a place that will be accessible, attract the most fish and where divers will want to explore, too.” 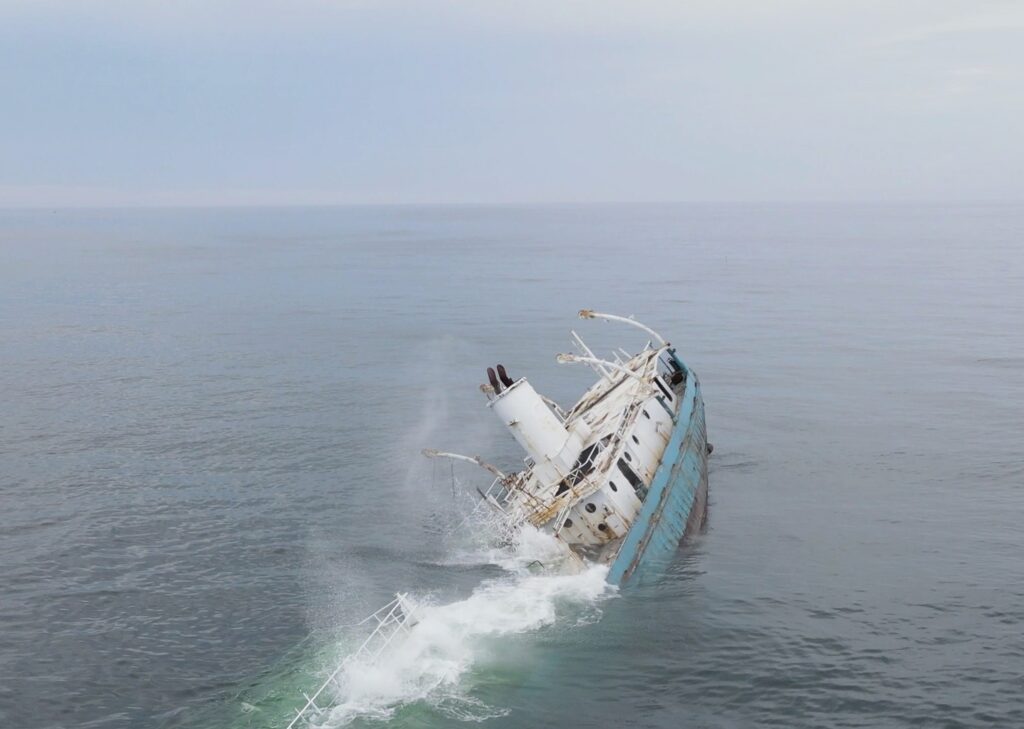