In Effect Through December 29

Mariners, please go around this area or go slow (10 knots or less) inside this area where right whales have been detected.

The Nantucket Slow Zone is in effect through December 29 for waters bounded by: 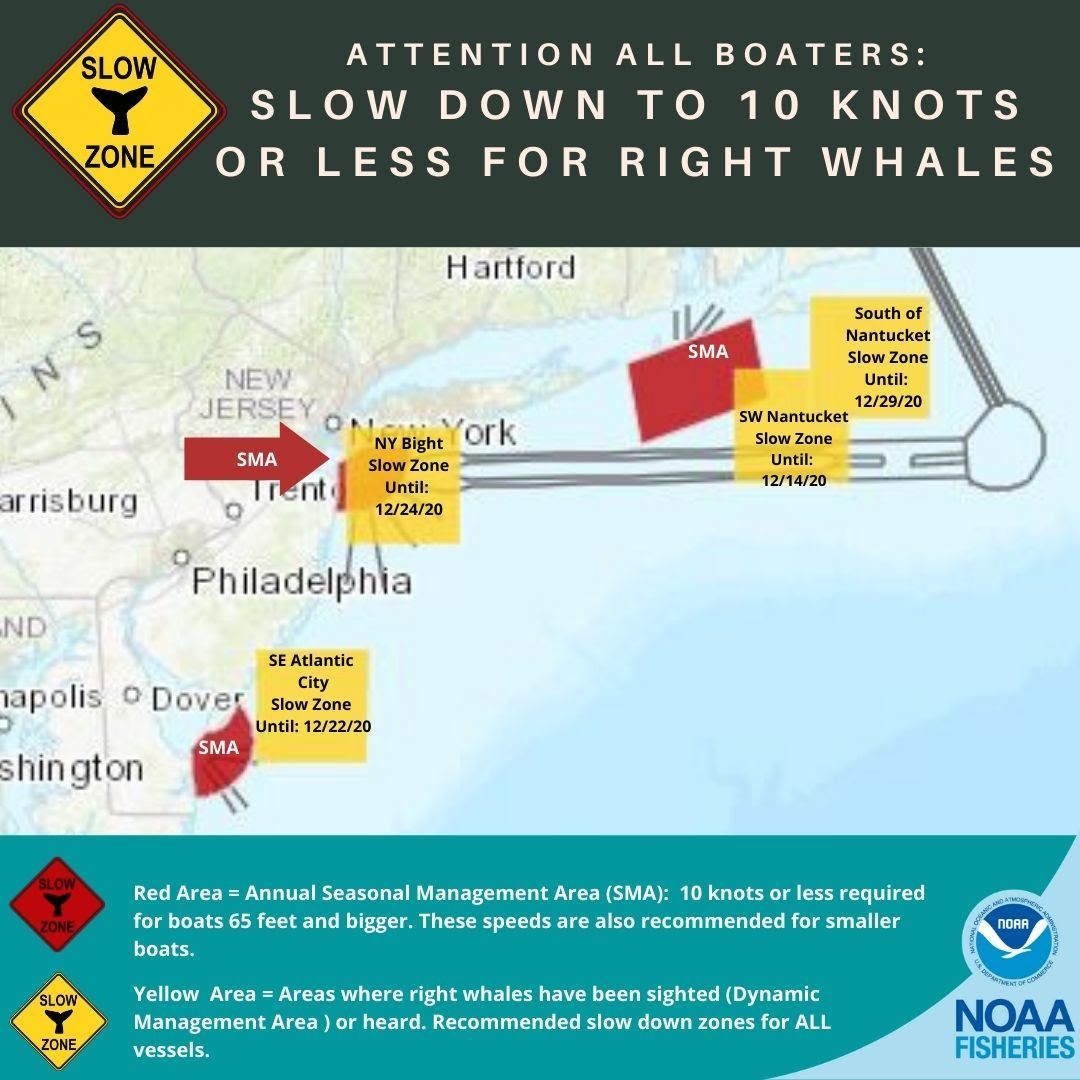