The protest rally included about 80 boats, according to several of the fishermen, and was held a dozen miles offshore, close to the spot where New England Aqua Ventus plans to build the huge wind turbine.

It’s designed as a test project to prove University of Maine technology for a floating platform, but it would be in place for 20 years.

Gov. Janet Mills is proposing to build more of the floating wind turbines farther offshore in the Gulf of Maine. The effort is part of a strategy to increase the amount of renewable power generated in Maine in order to fight climate change.

Fishermen say the turbines pose a threat to lobsters and other marine life, and that the underwater cable and other aspects are also a threat to the fishermen.

“It’s a threat to our livelihood its going to mess with the ocean and our way of life, no doubt about it,” lobsterman Andy House said. “And you say this one off Monhegan will still cause problems? Like I say, this one off Monhegan I truly believe is the foot in the door to get more than one out there.” 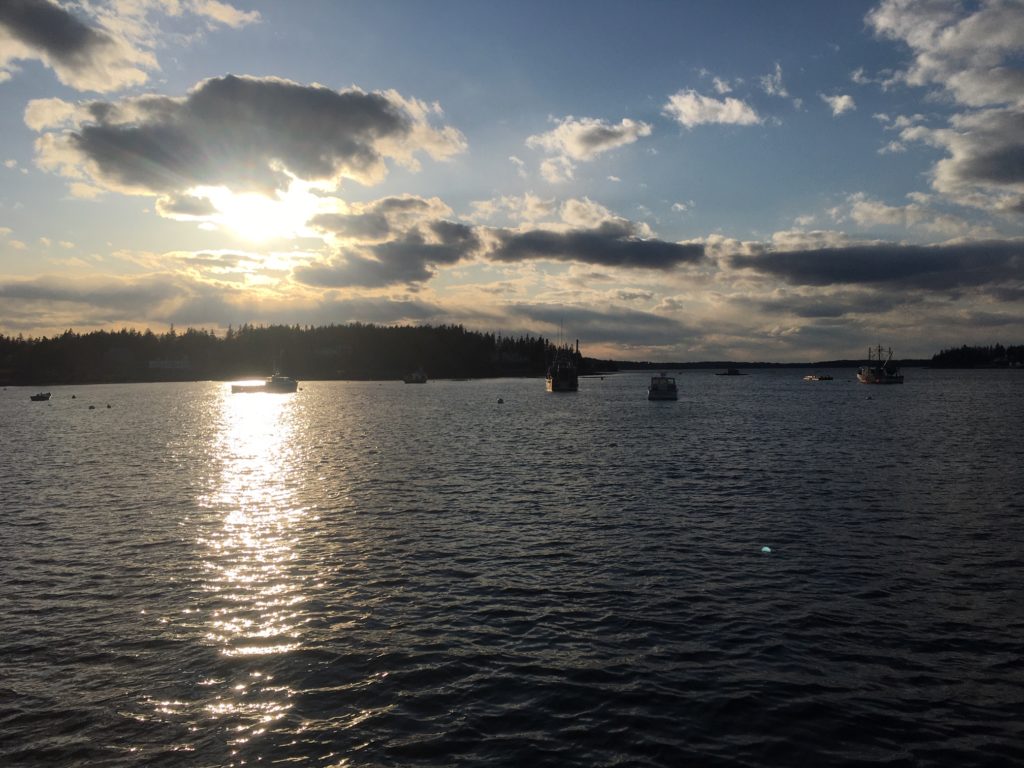