More than 80 lobster boats lined up between Monhegan Island and Boothbay Harbor on Sunday to protest a seabed survey for a planned offshore wind turbine near Monhegan.

Lobstermen fear that the ongoing survey project and the test turbine that would follow it will disrupt fisheries and undermine an industry that serves as a vital economic engine for coastal Maine. After years of planning, a collaboration between the University of Maine and New England Aqua Ventus would link a turbine south of Monhegan to the mainland power grid in South Boothbay via a 23-mile underwater cable.

Earlier this month, three vessels began surveying the seabed along that route to study the potential impact of a cable on the ecosystem and area industry. But lobstermen say the survey boats have already begun to disrupt their operations by cutting lines and disturbing buoys.

“The boat hasn’t been staying in the survey route, and there’s been some issues with gear loss,” Dustin Delano, a lobsterman from Friendship who helped organize the protest, said this weekend.

Delano estimated that more than 80 boats joined him around 9 a.m. Sunday south of Monhegan Island, where a 12-megawatt test turbine billed as the first commercial-scale project in the nation would demonstrate the viability of offshore wind as a renewable power source. 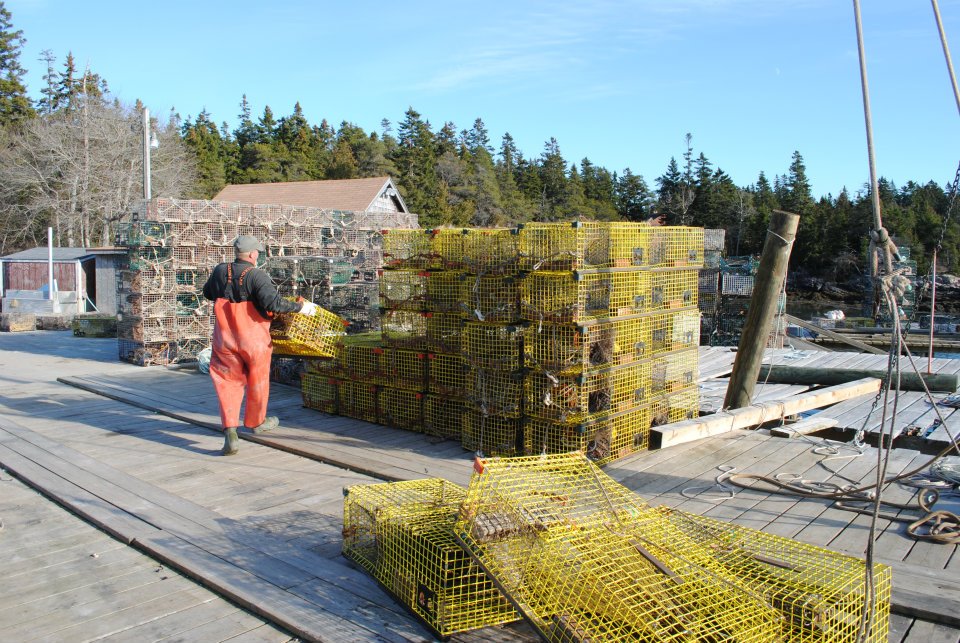