A pod of about 40 false killer whales showed up along the Orange County coastline on Saturday, March 20, a rare sighting for the tropical species typically found in warmer waters.

The last time they were reported locally was spring 2019, when they showed up four times that year.

Last year, because of coronavirus shutdowns of local whale watching charters, there weren’t the usual scores of people out on the water to see if they had showed up again. Prior to the 2019 sighting, they were seen in 2017 and 2016, always around this time of year.

“They like Mexico and this is just kind of a little spring break trip. It always happens during spring break, March to April, up the Southern California coast,” said Ryan Lawler, owner of Newport Coastal Adventure. “They look for white seabass and yellowtail to eat. Then, we never see them in summer, fall or winter.”

Lawler was out on a private birthday party charter when he saw the pod of jet back beauties just outside of the Newport Harbor entrance.

His charter wasn’t the only ones who got a treat, with the pod weaving in and out of a sailboat race that was happening right off Newport Beach’s coast, Lawler said. 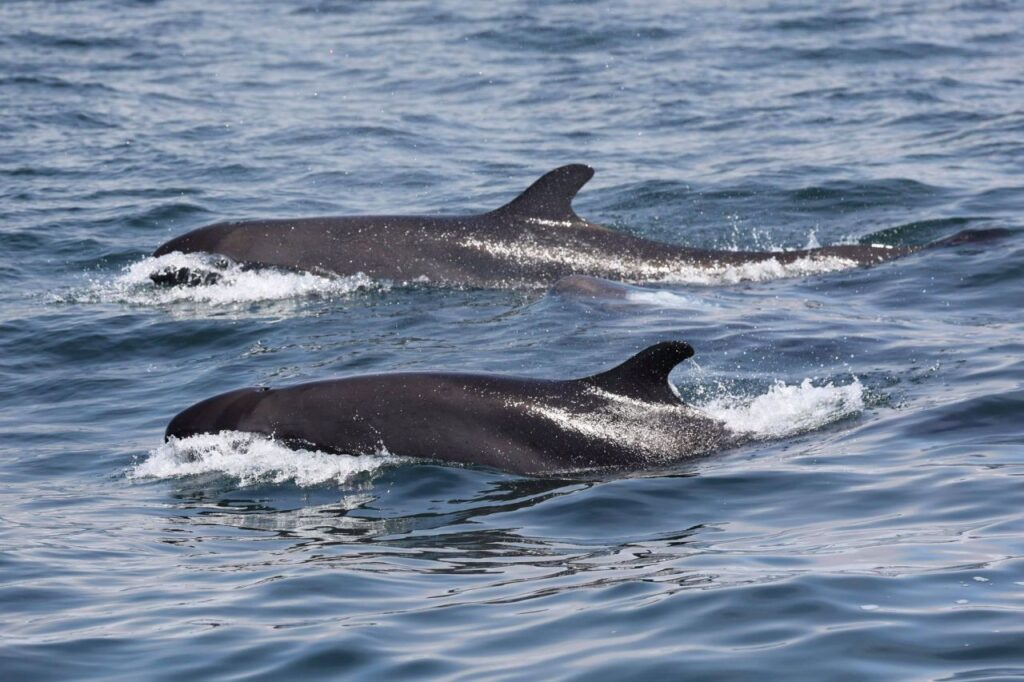