When, Where and How to See the Annular Solar Eclipse on June 10

Northern and eastern sections of North America will experience a weird and dramatic event next Thursday (June 10).

A partial solar eclipse will be visible, and for many, it will more or less coincide with sunrise. Only for places north of a line running roughly from Churchill, Manitoba, to Halifax, Nova Scotia, will the entire eclipse be visible from start to finish after the sun rises. Elsewhere, depending on where you are, if your sky is clear toward the east-northeast, the rising sun will appear slightly dented, deeply crescent shaped, or even ring shaped.

Across a swath of central and eastern Canada — encompassing the provinces of western and northern Ontario and a slice of northwest Quebec, as well as eastern Nunavut, Canada’s newest territory — viewers living within a path averaging about 390 miles (630 kilometers) wide will have a front-row seat to witness the rare and exciting spectacle of an annular or “ring of fire” solar eclipse.

Because the moon will be just 57 hours past apogee, its farthest point from Earth during its orbit, it will appear somewhat smaller than usual. 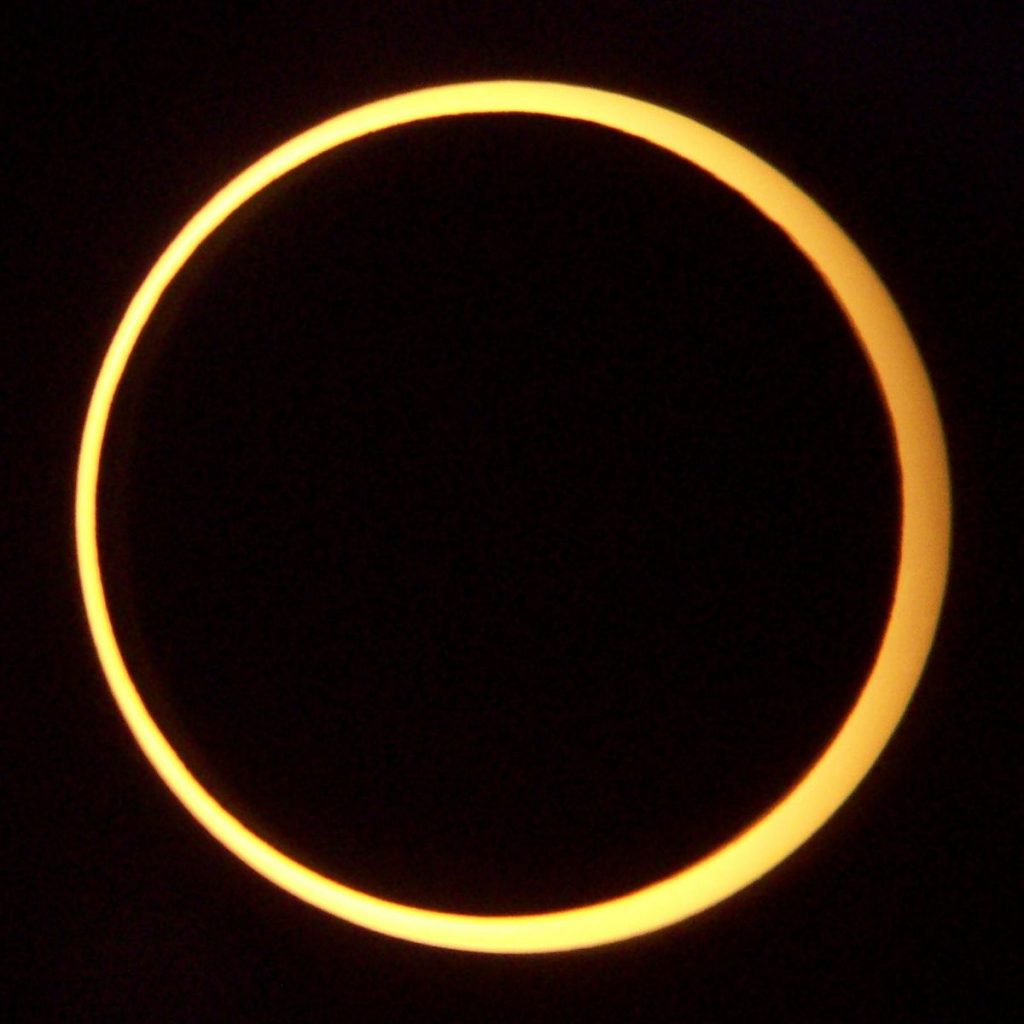