The report says almost all of the warming that has occurred since pre-industrial times was caused by the release of heat-trapping gases such as carbon dioxide and methane. Much of that is the result of humans burning fossil fuels — coal, oil, wood and natural gas.

Scientists say that only a fraction of the temperature rise recorded since the 19th century — almost 1.1 degrees Celsius (2 degrees Fahrenheit) so far — can have come from natural forces.

Almost all countries have signed up to the 2015 Paris climate accord, which aims to limit global warming to an increase of 2 degrees Celsius (3.6 Fahrenheit) above the pre-industrial average by the year 2100. The agreements says that ideally the increase would be no more than 1.5 degrees Celsius (2.7 degrees Fahrenheit).

But the report’s 200-plus authors looked at five scenarios and concluded that all will see the world cross the 1.5-degree threshold in the 2030s — sooner than in previous predictions. Three of those scenarios will also see temperatures rise 2 degrees Celsius. 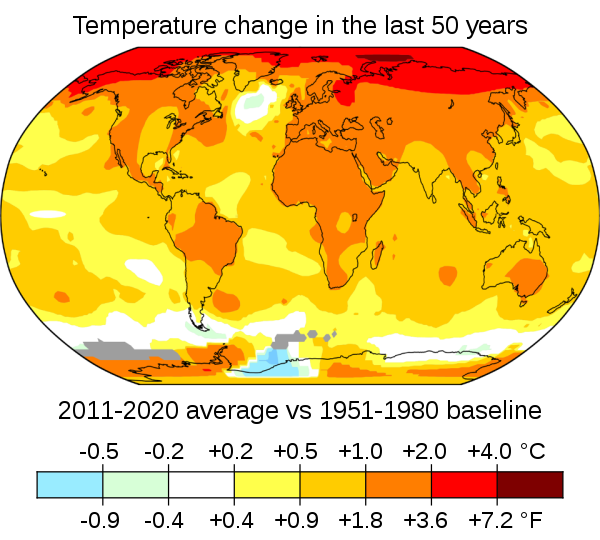