By Kelly B. Gormly.

Billy Coppersmith has been a lobster fisherman for about four decades, and he thought he’d possibly seen everything there was to see along the coast of Maine.

But when he reeled in a trap one afternoon this month as he was sailing in Casco Bay near Portland, a light blue spot tucked among the other lobsters caught his eye.

At first, he thought it was a piece of plastic or a toy, but when he looked closer he saw something else: the odd color was a lobster.

“Hey, look at this, you guys!” Coppersmith, 64, of Windham, Maine, said to the two sternmen aboard the Billy and Andy, Coppersmith’s 42-foot fiberglass fishing vessel they were on the afternoon of Nov. 5.

One of them, Joe Hoffman, said the critter – shiny light blue with accents of pink – looked like cotton candy.

Perplexed, Coppersmith texted a photo of his catch to his contact at the company that buys his lobsters. He quickly heard back that the extremely rare crustacean he’d caught is indeed called a cotton candy lobster, and it is estimated to make up only 1 of 100 million lobsters, according to industry officials. 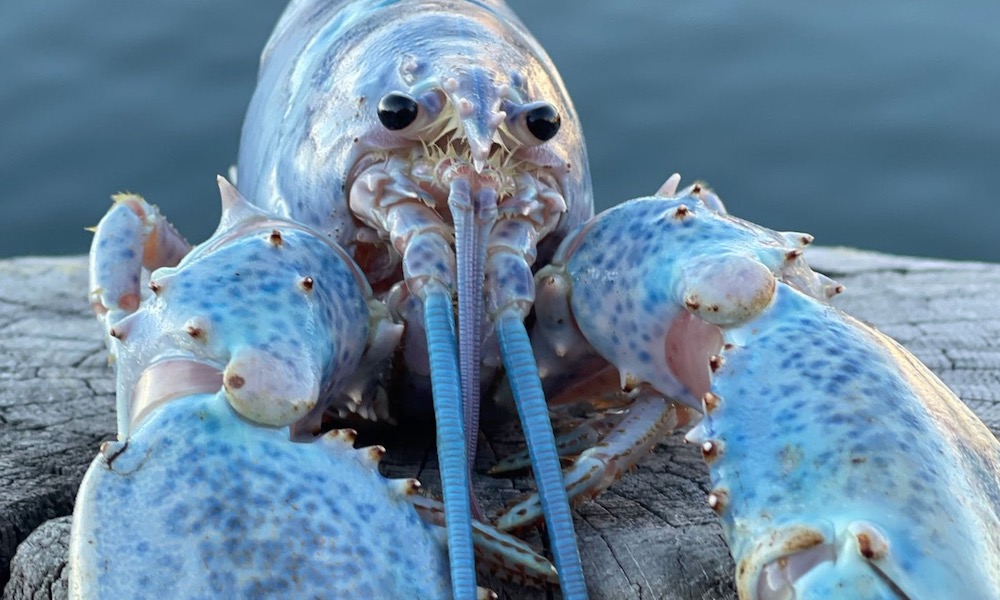