GEORGETOWN – As Chris Sayers picked up his tripod from the pier at Five Islands Harbor to head back to Boston on Friday morning, the bird biologist said goodbye to Maine Audubon naturalist Doug Hitchcox and asked if the Audubon chapter was having a New Year’s Eve party this year.

More than one birder standing nearby – and there were hundreds – piped up: “This is the party.”

The arrival of the first Steller’s sea eagle ever sighted in Maine – and likely the same individual that is the first ever seen in the Lower 48 – drew hundreds of birders to Georgetown on Friday.

They were not disappointed.

Steller’s sea eagles are native to northern Asia and eastern Russia, specifically the Kamchatka Peninsula. They are seafaring raptors that hunt in cold coastal waters.

The bird sighted in Georgetown is believed to be the same individual that has been sighted in several locations in the U.S. and Canada over the past year or so. A Steller’s was first sighted in Alaska in August 2020, then in the Canadian provinces of Quebec and New Brunswick in July, and later in Nova Scotia, The New York Times reported. 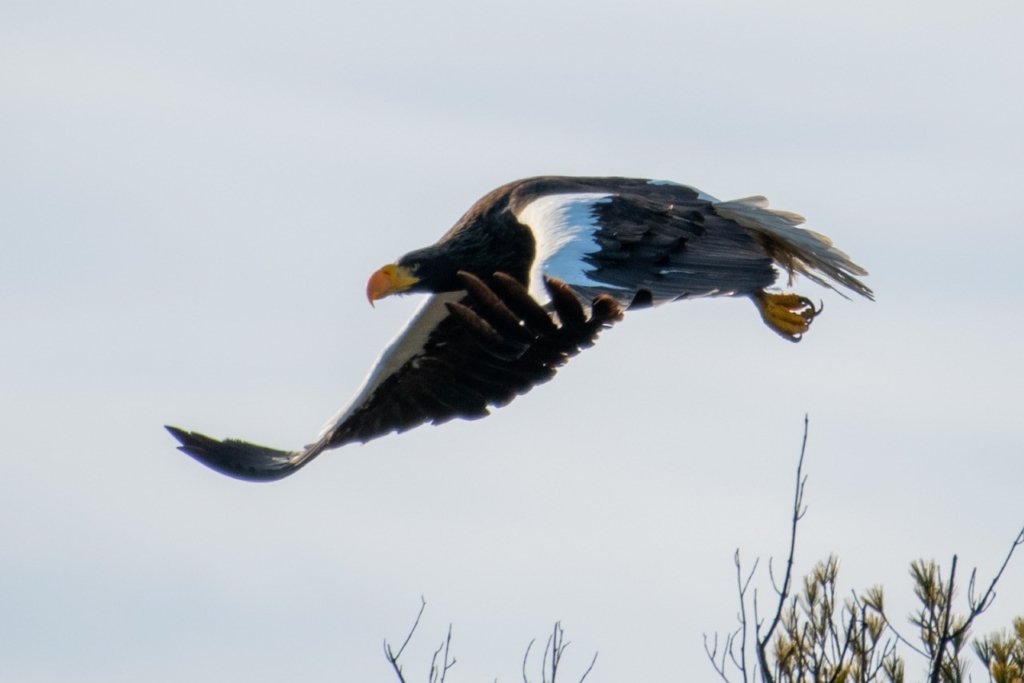 Heidi Murphy drove to Maine from Massachusetts early Friday catch a glimpse of the Steller's sea eagle. She said she took up birding during the pandemic. Photo by Heidi Murphy