Lastly, there are two DMA SLOW Zones, one South of Nantucket, MA, and the other off Ocracoke, NC. The Slow Zones expire January 28, 2022.

Mariners are requested to avoid or transit at 10 knots or less inside the following areas where persistent aggregations of right whales have been detected. Please visit www.nmfs.noaa.gov/pr/shipstrike for more information. 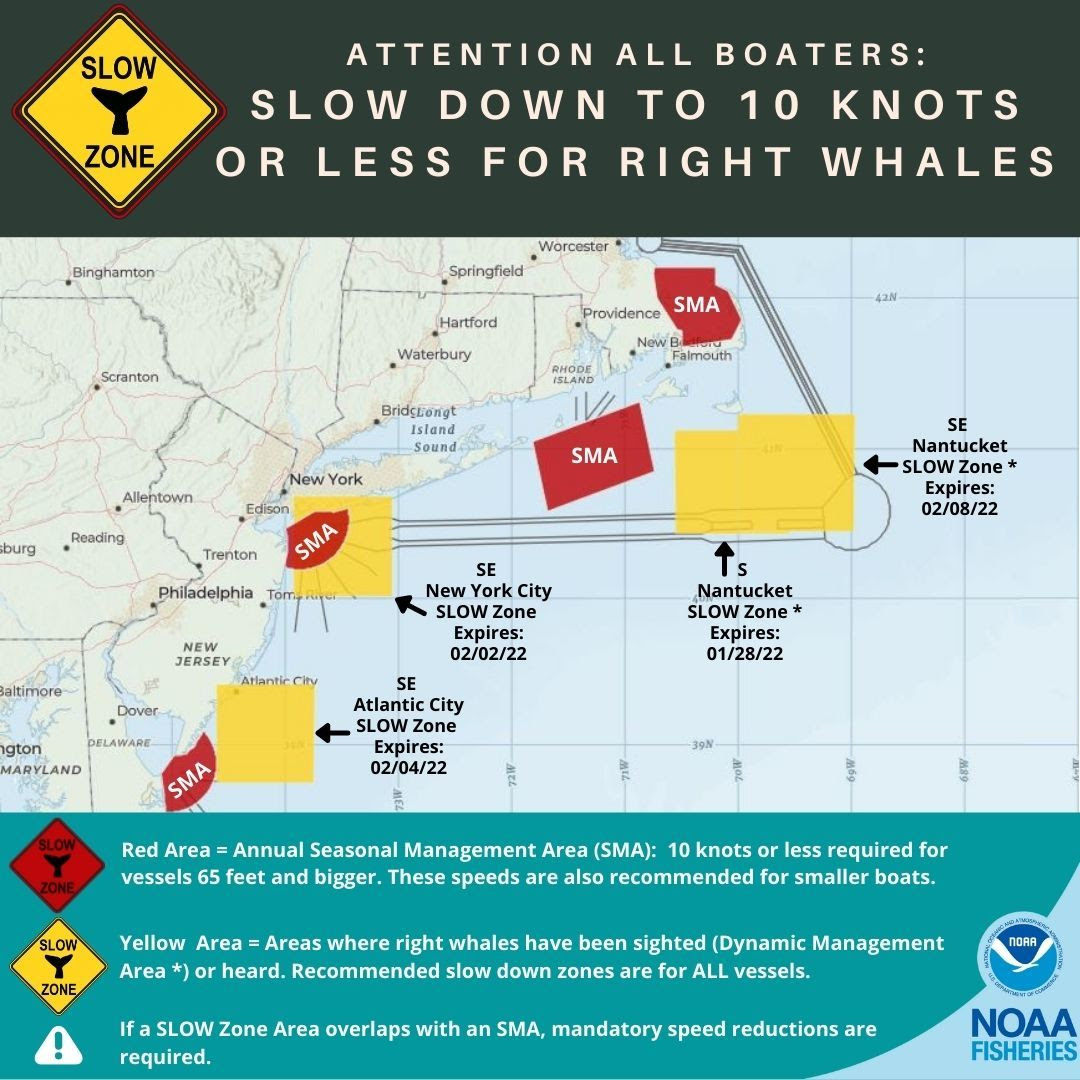 North Atlantic right whales are on the move along the Atlantic coast of the U.S. If seen, remember that approaching a right whale closer than 500 yards is a violation of federal and state law.

North Atlantic right whales are protected under the U.S. Endangered Species Act and the Marine Mammal Protection Act. Scientists estimate there are fewer than 350 individuals remaining, making them one of the rarest marine mammals in the world.

Details and graphics of all of all vessel strike management zones currently in effect.

Download the Whale Alert app for iPad and iPhone for real time updates on Slow Zones, SMAs, and other right whale sightings.