Deep in the South Pacific, scientists have explored a rare stretch of pristine corals shaped like roses off the coast of Tahiti. The reef is thought to be one of the largest found at such depths and seems untouched by climate change or human activities.

Laetitia Hédouin said she first saw the corals during a recreational dive with a local diving club months earlier.

“When I went there for the first time, I thought, ’Wow — we need to study that reef. There’s something special about that reef,” said Hédouin, a researcher at the French National Center for Scientific Research in Moorea, French Polynesia.

What struck Hédouin was that the corals looked healthy and weren’t affected by a bleaching event in 2019. Corals are tiny animals that grow and form reefs in oceans around the world.

Globally, coral reefs have been depleted from overfishing and pollution. Climate change is also harming delicate corals — including those in areas neighboring the newly discovered reef — with severe bleaching caused by warmer waters. Between 2009 and 2018, 14% of the world’s corals were killed, according to a 2020 report by the Global Coral Reef Monitoring Project. 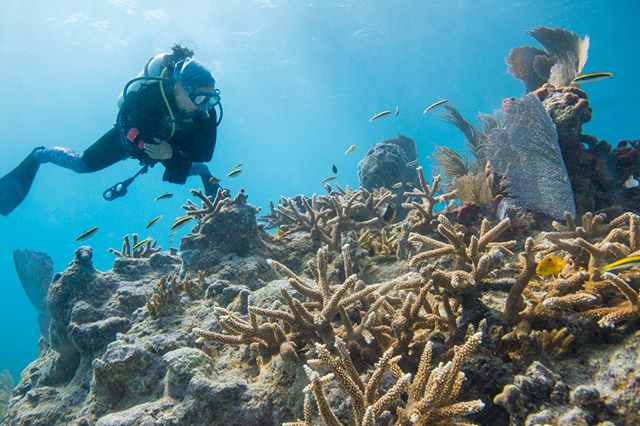