On February 12, 2022, the Atlantic City buoy operated by the Woods Hole Oceanographic Institution redetected the presence of right whales Southeast of Atlantic City, NJ. The right whale SLOW Zone (acoustic trigger) is in effect immediately and expires on February 27, 2022.

Mariners are requested to avoid or transit at 10 knots or less inside the following areas where persistent aggregations of right whales have been detected. Please visit www.nmfs.noaa.gov/pr/shipstrike for more information. 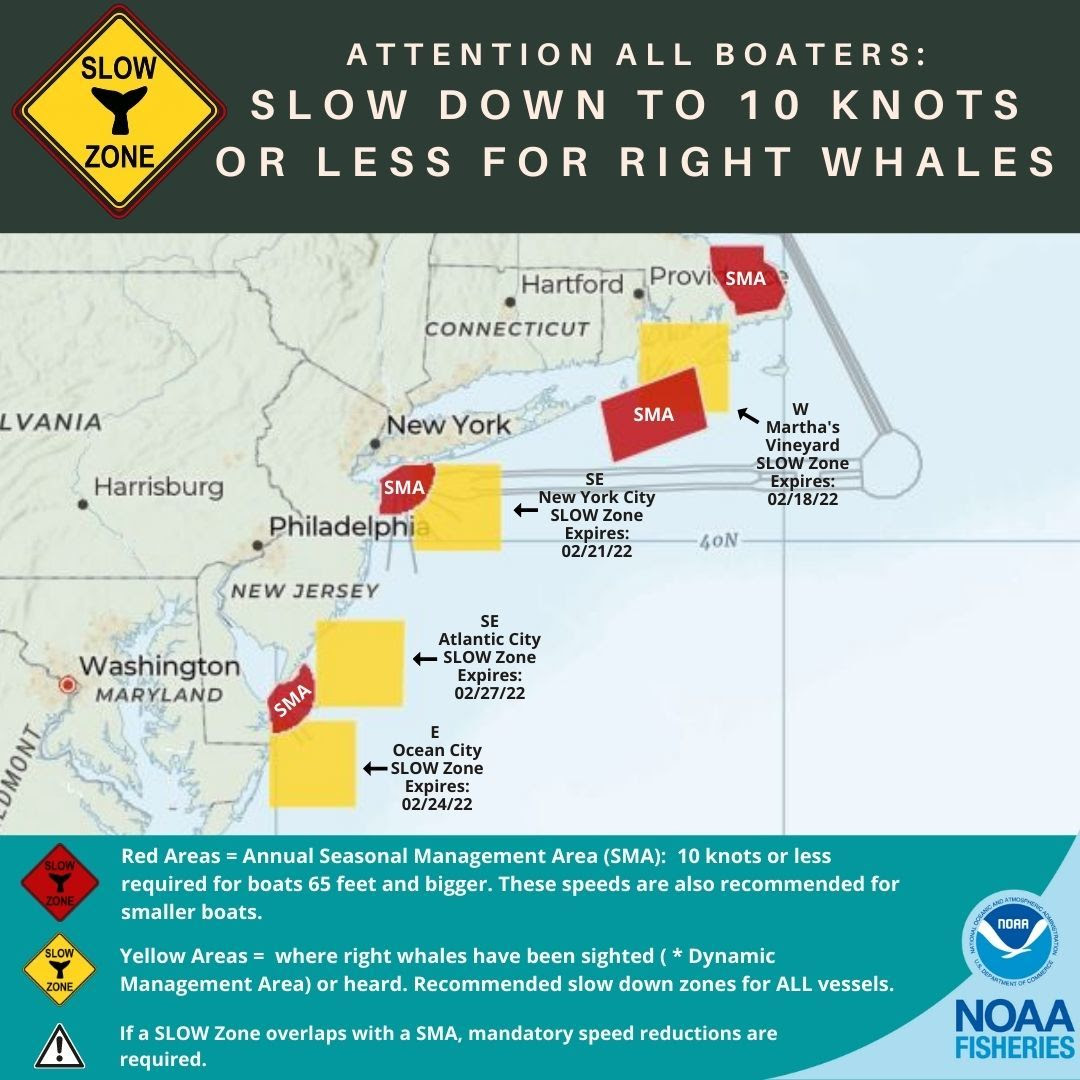 North Atlantic right whales are on the move along the Atlantic coast of the U.S. If seen, remember that approaching a right whale closer than 500 yards is a violation of federal and state law.

North Atlantic right whales are protected under the U.S. Endangered Species Act and the Marine Mammal Protection Act. Scientists estimate there are fewer than 350 individuals remaining, making them one of the rarest marine mammals in the world.