Plastic Pollution in Oceans on Track to Rise for Decades

(AP) — Plastic pollution at sea is reaching worrying levels and will continue to grow even if significant action is taken now to stop such waste from reaching the world’s oceans, according to a review of hundreds of academic studies.

The review by Germany’s Alfred Wegener Institute, commissioned by environmental campaign group WWF, examined almost 2,600 research papers on the topic to provide an overview ahead of a United Nations meeting later this month.

“We find it in the deepest ocean trenches, at the sea surface and in Arctic sea ice,” said biologist Melanie Bergmann who co-authored the study, which was published Tuesday.

Some regions — such as the Mediterranean, the East China and Yellow Seas — already contain dangerous levels of plastic, while others risk becoming increasingly polluted in the future, it found.

The authors concluded that almost every species in the ocean has been affected by plastic pollution and that it’s harming important ecosystems such as coral reefs and mangroves.

As plastic breaks down into ever-smaller pieces it also enters the marine food chain, being ingested in everything from whales to turtles to tiny plankton. 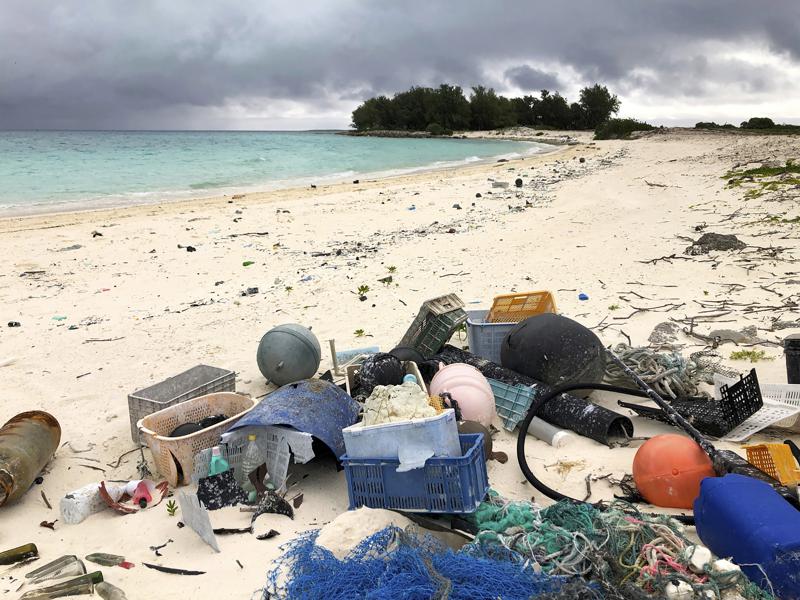