By Christina Larson and Jill Lawless.

Researchers have discovered the remarkably well-preserved wreck of polar explorer Ernest Shackleton’s ship, Endurance, in 10,000 feet of icy water, a century after it was swallowed up by Antarctic ice during what proved to be one of the most heroic expeditions in history.

A team of marine archaeologists, engineers and other scientists used an icebreaker ship and underwater drones to locate the wreck at the bottom of the Weddell Sea, near the Antarctica Peninsula.

Images and video of the wreck show the three-masted wooden ship in pristine condition, with gold-leaf letters reading “Endurance” still affixed to the stern and the ship’s lacquered wooden helm still standing upright, as if the captain may return to steer it at any time.

“This is by far the finest wooden shipwreck I have ever seen,” said Mensun Bound, the director of the exploration. Bound noted the wreck is still upright, clear of the seabed “and in a brilliant state of preservation.”

“This is by far the finest wooden shipwreck I have ever seen,” said Mensun Bound, the director of the exploration. 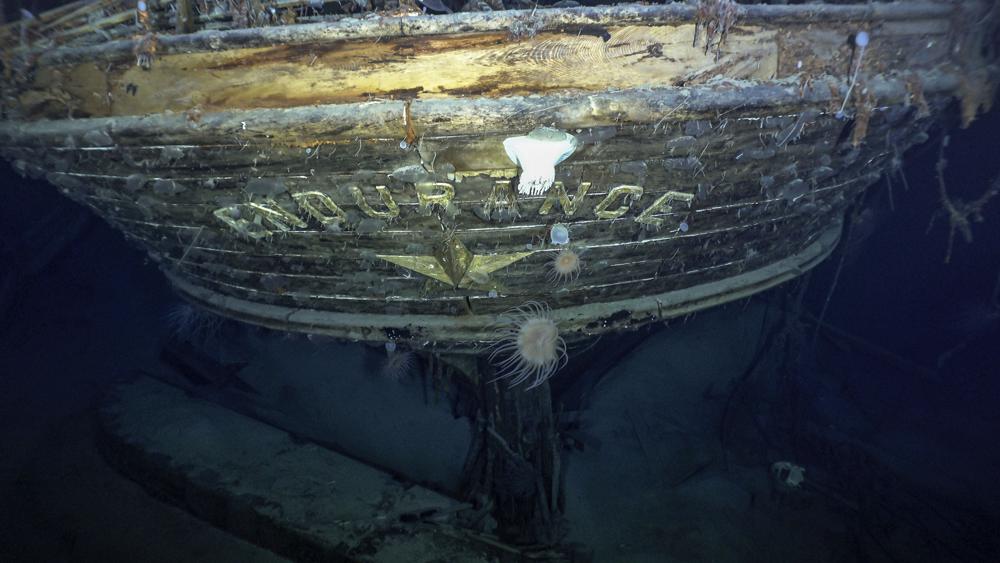