A message in a bottle thrown into the Atlantic Ocean from a Gloucester fishing boat has been found after it washed ashore in Brittany, France.

Jonathan ‘Ivan’ Saunders, the engineer of the Hannah Boden, wrote the note and released the bottle near Puerto Rico. He described the vessel he was on, jotted down his coordinates, and listed his crew, including Captain Linda Greenlaw.

“I lost track of Ivan many years ago and probably haven’t thought about him in the last 20 years or so, but would love to reconnect with him. It’s just a really fun way to do so, say, ‘Hey, hey look, somebody found your note’” Greenlaw said.

Greenlaw added that there was a dollar bill in the bottle with the note. She said you have to put a dollar in to get someone to look inside; otherwise, the finder might think it’s trash. 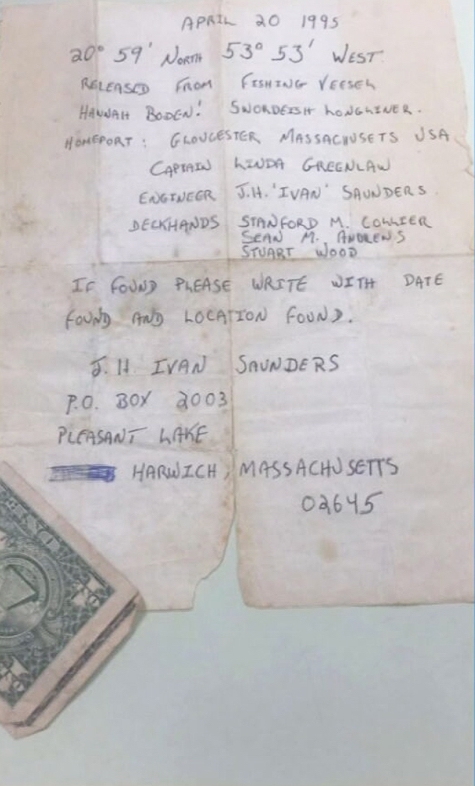