NEWPORT, R.I. (AP) — Newport, Rhode Island, is in a bind: Should the city continue propping up its landmark Cliff Walk, even though chunks of the path keep crumbling into the sea?

Last week, coastal erosion knocked out 30 feet (9 meters) of the paved trail, which winds its way beside Gilded Age mansions high above the rocky shoreline for around 3.5 miles (5.6 kilometers). The breathtaking views have made it one of the state’s most popular tourist attractions, and a central part of Newport’s identity.

Peering down at the collapsed section of trail, where a chain-link fence still dangles in space, City Manager Joe Nicholson and Public Services Director Bill Riccio pondered whether to rebuild or retreat.

It’s a question they’ve reckoned with before in Newport. Superstorm Sandy washed out sections of the Cliff Walk in 2012, and they were repaired.

Nicholson says he wants to rebuild, and is asking Rhode Island’s governor and congressional delegation for help. Like many locals, he has walked the path countless times. 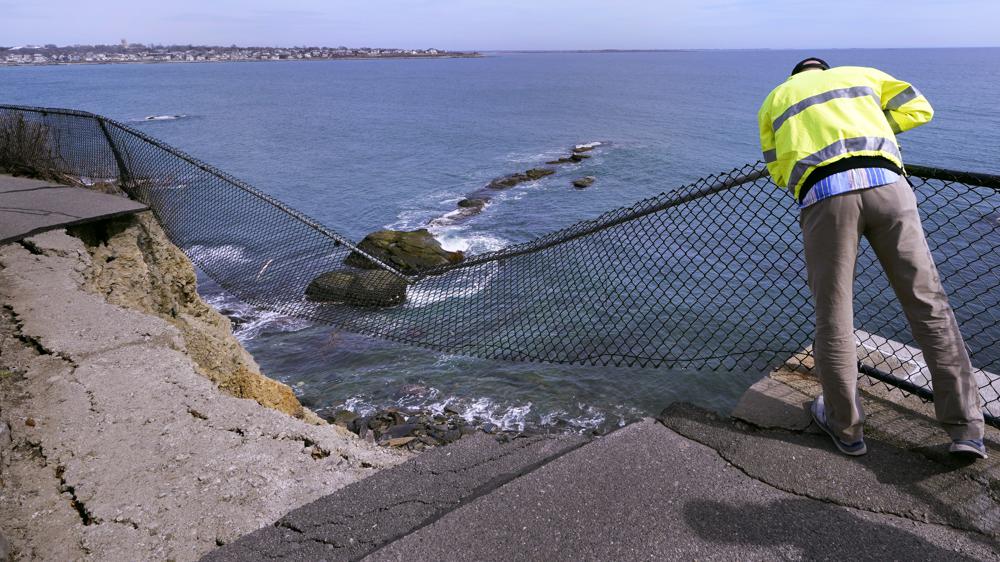