Many phrases that we use today originate from maritime culture. The 10 phrases described below are just a few.

An occurrence that would take a great deal of luck.

Early ships’ guns tended to be inaccurate. If a shot made impact from a great distance, or a “long shot,” it was considered out of the ordinary.

Make a small amount last until a larger amount is available.

Not to be confused with “tied over,” this phrase has its origins in seafaring. When there was no wind to fill the sails, sailors would float with the tide until the wind returned. They would “tide over.”

Experiencing feelings of sadness or melancholy.

If a captain or officer of a ship died while at sea, the crew would fly blue flags and paint a blue band along the ship’s hull. Over time, this symbol of grieving was equated with feeling sad or melancholy.

The sails of a ship were described as “aback” when the wind blew them flat, or back, against their supporting structures.

A jib is a type of sail. At one time countries would display their own unique jibs, allowing outsiders to instantly know the ship’s origin, and form an impression of it by the cut of its jib.

A request or command to be quiet.

Ship crews received a variety of signals from the boatswain’s pipe. One signal was “piping down the hammocks,” which instructed the crew to go below decks and prepare for sleep. 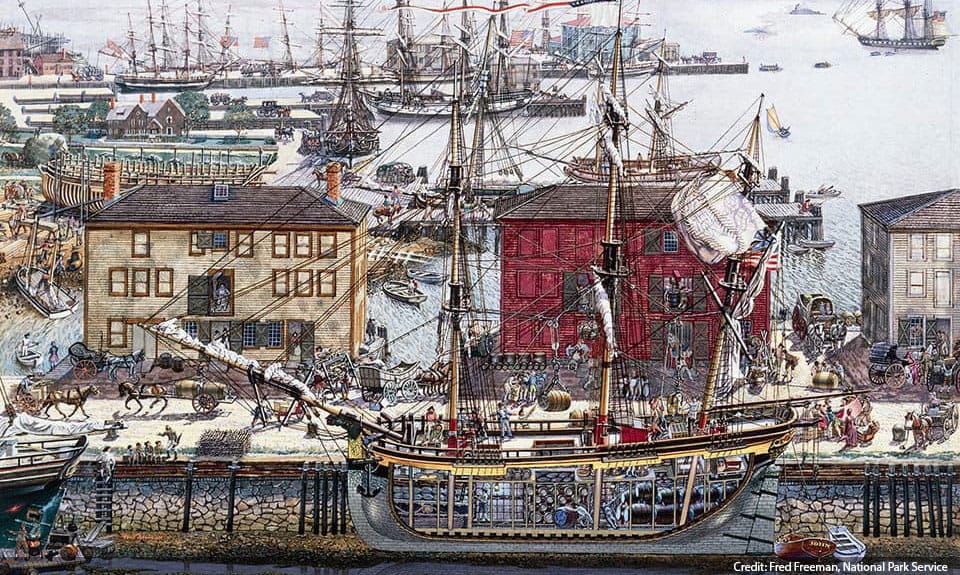