Thor’s Well: The Mysterious Hole in the Pacific

Once considered one of Oregon’s great mysteries, Thor’s Well is a bowl-shaped hole carved into the basalt shoreline of Cape Perpetua. Also known as the Drainpipe of the Pacific, the seemingly bottomless well perpetually fills and drains throughout the day. During high tide, water shoots out the top like a geyser, reaching heights of up to 40 feet. This stunning geological formation attracts thousands of visitors each year and is one of Oregon’s most popular attractions. Read on to learn more about Thor’s Well and how to make the most of your visit to this natural wonder.

What is Thor’s Well?

Once thought to be a giant sinkhole, researchers now believe that Thor’s Well began as a large sea cave. The cave slowly formed over thousands of years as waves crashed into the volcanic rock that made up Cape Perpetua’s shoreline. It eventually collapsed, leaving a bowl-shaped hole just meters from shore. Although it looks like a bottomless pit, the hole is only 20 feet deep.

How does Thor’s Well work?

Although Thor’s Well appears to drain into some unknown underworld, its function is quite simple. The collapsed cave has openings at the bottom and top, which allow the ocean to move through it. Water steadily flows in at low tide and slowly fills the well. At high tide, the water surges through the bottom hole, causing it to shoot up like a geyser. The constant filling and draining create the mesmerizing illusion that the well is draining the Pacific. 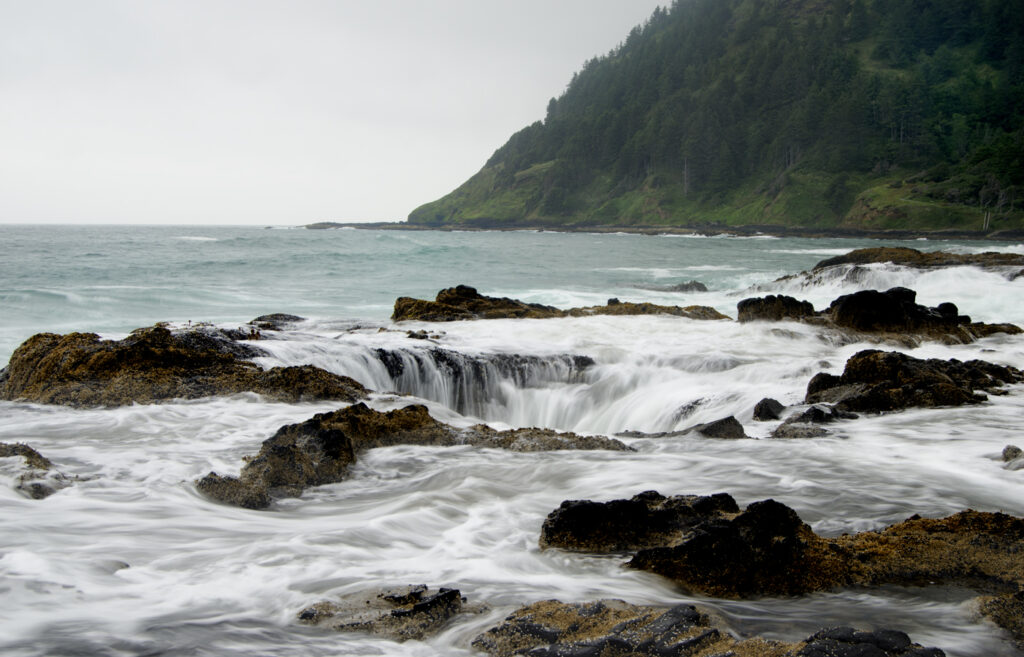