The Maritime Administration, known as MARAD, recently issued $19.6 million in grants to 24 small shipyards in 19 states via its Small Shipyard Grant Program.

“Small businesses are the lifeblood of the American economy, and small shipyards play a critical role in America’s maritime industry, helping us get the goods we depend on every day,” said Pete Buttigieg, secretary of the U.S. Department of Transportation, in a statement.

“These grants will help modernize small shipyards in communities across the country, creating and protecting local jobs, strengthening America’s maritime industry, and securing our economic future,” he noted.

Since 2008, MARAD said its Small Shipyard Grant Program has awarded $282 million to nearly 300 shipyards in 32 states and territories – strengthening communities along and near the nation’s ports and waterways.

“These grants will allow small businesses to do what they do best, which is to build essential infrastructure while creating long-term and well-paying jobs for Americans,” added MARAD Administrator Ann Phillips.

A report issued by MARAD in June 2021 indicates shipbuilding and repair activity at both the national and state level by private U.S. shipyards in calendar year 2019 supported $42.4 billion worth of gross domestic product.

MARAD’s report— entitled “The Economic Importance of the U.S. Private Shipbuilding and Repairing Industry” – found that the nation’s 154 private shipyards directly provided more than 107,000 jobs and contributed $9.9 billion in labor income to the national economy in 2019.

On an annual nationwide basis – including direct, indirect, and induced impacts – the industry supported 393,390 jobs, $28.1 billion of labor income, and $42.4 billion in GDP, the agency said. 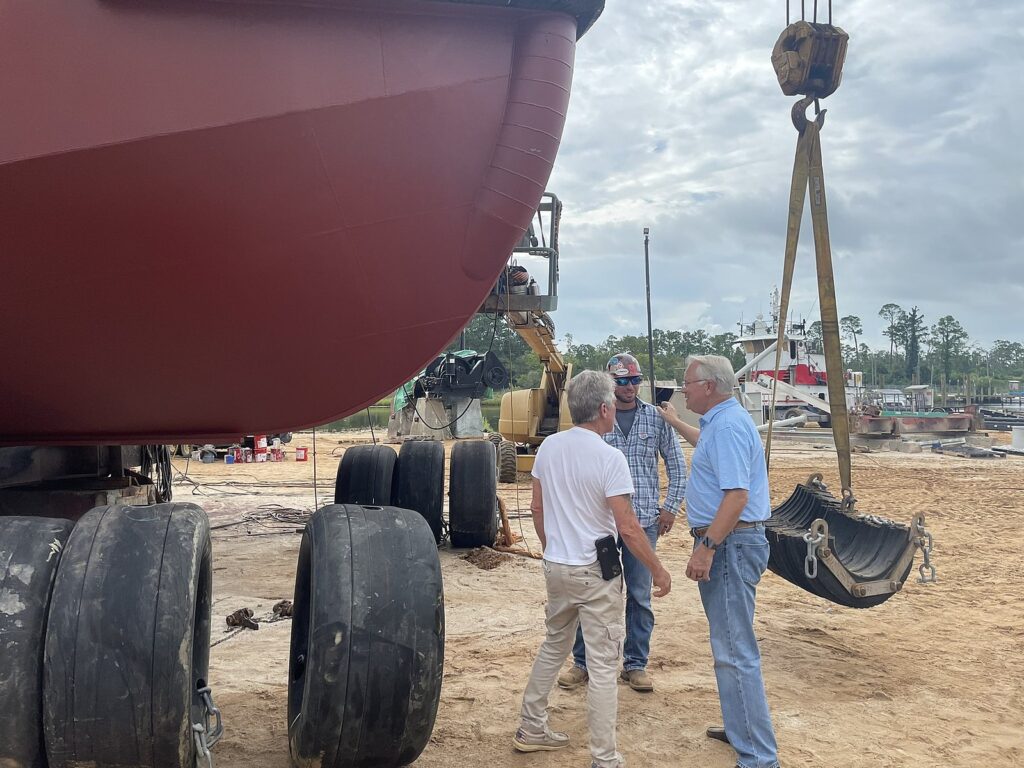