The “Paddle for the Bay” event hopes to recruit enough canoes and kayaks to break the current record of a continuous parade, and fundraise an environmental effort for Barnegat Bay while doing so.

Paddler Sandy Rinderer has a unique idea for an environmental effort — take a shot at breaking a Guinness World Record while fundraising for New Jersey’s beloved Barnegat Bay.

On Saturday, August 20, 2022, Rinderer and a group of fellow paddlers are hosting “Paddle for the Bay.” The event is a one-mile community paddle to best the standing Guinness World Record for a parade of canoes and kayaks. To do so, Rinderer needs roughly 400 paddlers to hit the water on the Tom’s River in Pine Beach, NJ. This would beat the current standing of 329 boats previously set in Poland.

In an interview with the Philadelphia Inquirer, Rinderer states how rewarding it would be to have the record right on this Mid-Atlantic waterway.  “Honestly, I’ve lived on the river all my life,” Rinderer tells the Inquirer, “and I just thought it would be such a cool thing to see all those colorful canoes and kayaks in one place.”

Considering the sizeable number of paddlers in New Jersey and the surrounding states, Rinderer may be able to pull it off. They just need your help East Coast boaters. Best of all this isn’t a record attempt just for the sake of it. After covering the fees for the Guinness folks and local permits, the remainder of the $10 participation fee will be donated to Save Barnegat Bay. The organization is tasked with efforts to restore the namesake body of water. 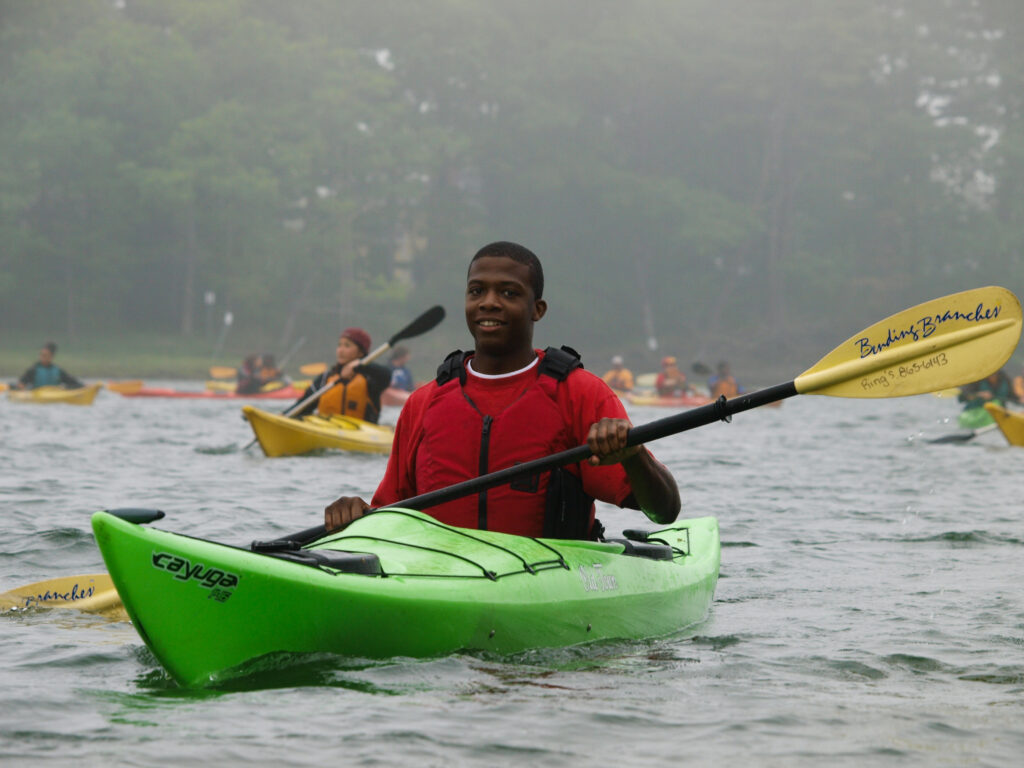