New Marine and Composites Facility to Open in Belfast

A new custom boatbuilding facility/service yard/composites manufacturing facility on the Belfast, Maine, waterfront is well on its way to becoming a reality according to a press release received on January 18, 2011. The facility will be called Front Street Shipyard, and will be sited on the former Stinson canning factory site, just south of the Belfast bridge. The concept was developed by a team that consisted of J.B. Turner, of Warren, Maine, who will manage the facility; Taylor Allen, owner of Rockport Marine; Steve White, owner of Brooklin Boat Yard; and Kenneth Priest, President of Augusta’s Kenway Corporation. Turner has 24 years of experience as a manager of yacht service and composite boatbuilding projects for major yards on the east coast. Prior to his involvement at Front Street, he was president of Lyman-Morse Boatbuilding Company.

According to Turner, the yard will blend the strengths and expertise of all the partners. In the release, he was quoted as saying, “We see this new facility as an immediate global competitor in all aspects of boatbuilding, repair, and restoration, giving the yachting community another serious option for all their needs. Additionally, it will have tremendous depth in all facets of composites fabrication, from industrial to recreational applications. Full-service capabilities with value-oriented, quality work will be the cornerstone of our philosophy.”

In addition to becoming a world-class marine facility, Front Street Shipyard plans to play a role in the development of alternative energy projects such as offshore wind, tidal energy, and wave energy. The former cannery’s deep-water access could allow the shipment of large industrial composite products to customers around the world, according to the release. Kenway’s Priest said, “The Belfast community offers the regional infrastructure and available labor force which are key to building global composite products: wind turbine blades, towers, spars, and platforms.” 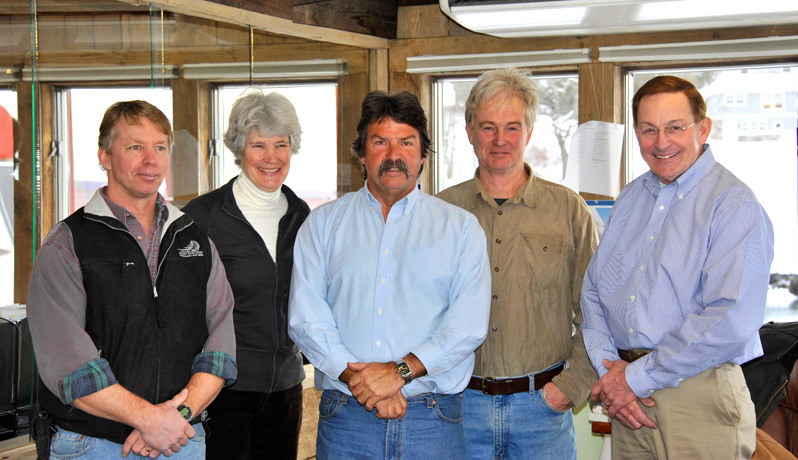 Photos of New Marine and Composites Facility to Open in Belfast