Cangarda Out of the Shed

Everyone in Camden Harbor was excited late last fall when Cangarda arrived and was plucked out of the water just after the first significant snow fell. She disappeared into Wayfarer’s sheds and we all wondered just what might have been happening to this gorgeous, historic yacht.

The results appeared last week, when Cangarda reemerged from the big building, her hull a testament to the weeks of long boarding that Wayfarer’s crews, in conjunction with Rainey Custom Yacht Refinishing, performed before the yacht’s topsides were repainted. Who knew that such a priceless vessel could look even more stunning after a hard Maine winter? She also had mechanical work done, including replacement of her cutlass bearing and several thru-hull fittings, as well as varnish refinishing.

Cangarda‘s journey this year should be an interesting one — her stack was modified so that it could be shortened during a planned journey up the Erie Canal and eventually to Lake Ontario and the St. Lawrence River — and there’s no doubt she’ll be the talk of the harbor everywhere she makes port. We’re thrilled that Maine craftsmen can have such a gorgeous, floating display of their work. 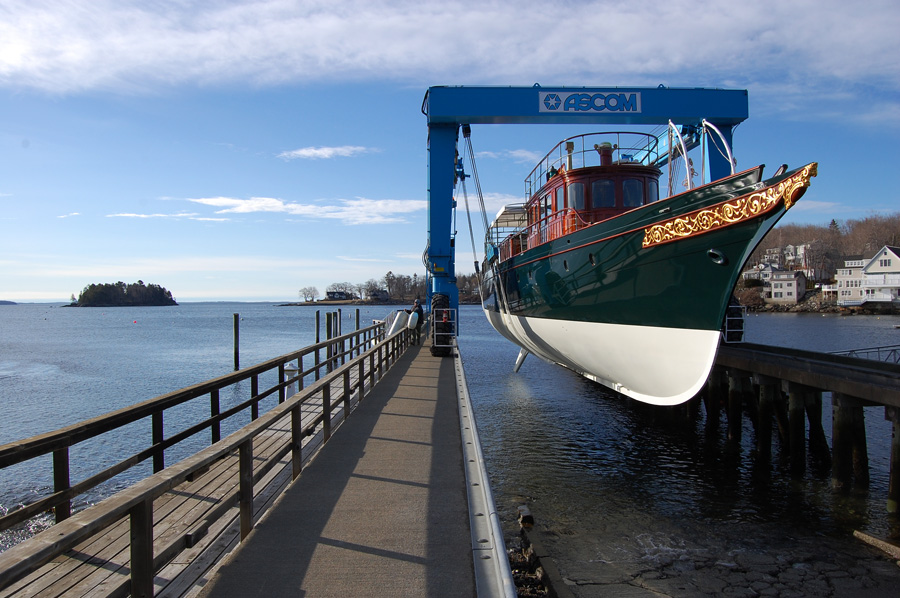 Cangarda in the travel lift at Wayfarer Marine

Photos of Cangarda Out of the Shed 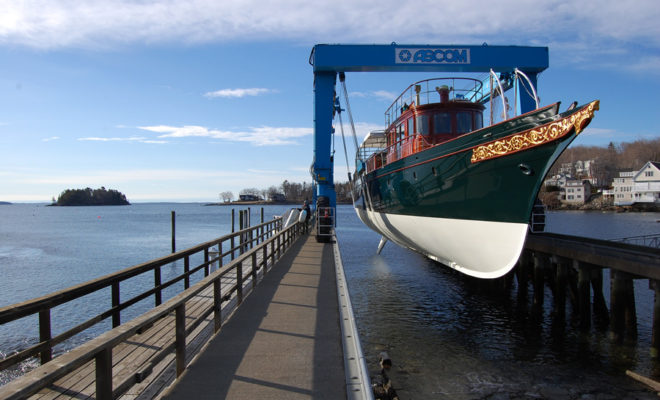 Cangarda in the travel lift at Wayfarer Marine