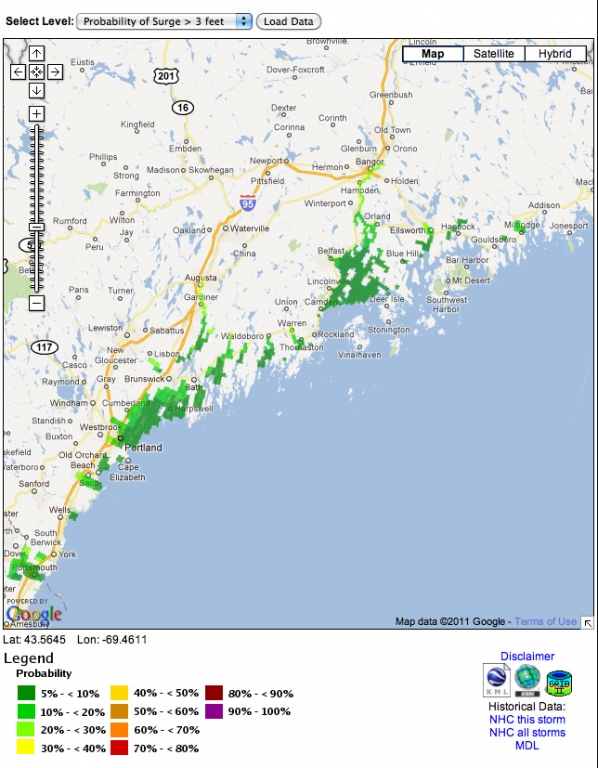 Though Hurricane Irene’s winds weakened slightly, to 75 knots, as the storm passed over North Carolina’s Outer Banks, the destructive power of Irene’s storm surge is already coming into full view. Maine looks like it’ll be spared the huge storm surges that are predicted for southern New England this weekend, but some areas of the Pine Tree State will still see significantly higher than normal coastal water levels. The upper reaches of Casco Bay and Penobscot Bay will likely see the highest storm surges, and coming on top of already higher than average tides and seas running twelve feet or more, these particular spots are at risk of significant erosion and damage.

A storm surge is created when a hurricane’s winds literally blow water onto the shore and create an abnormal rise in the water level above predicted astronomical tides (the storm’s low atmospheric pressure also contributes slightly to storm surge, though it only accounts for about 5 percent of the rise). When the height of the storm surge is added to the astronomical tides, the total is referred to as the storm tide.

For an interactive map of storm surge probabilities, click here.

For a graphic explanation of storm surge, click here.

For the latest updates on Hurricane Irene, click here. 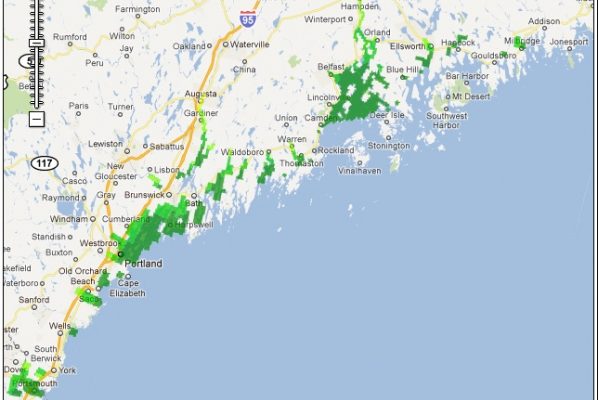