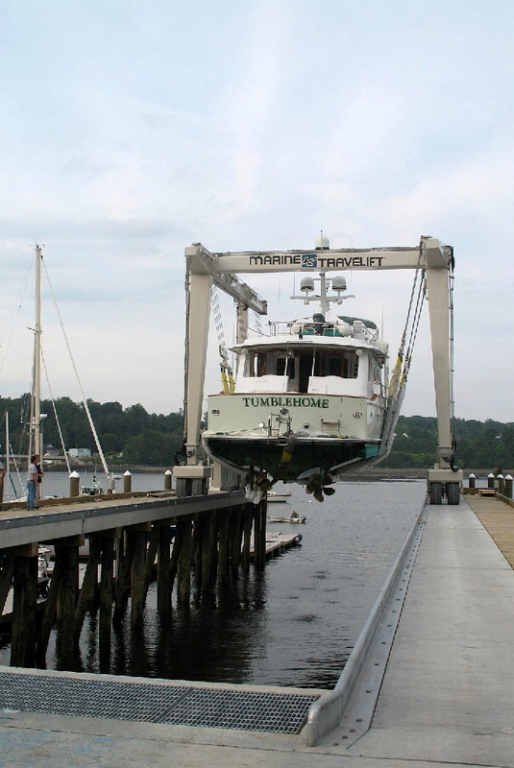 Talk about hitting the ground running. Front Street Shipyard in Belfast, which is still hard at work on its ambitious and exciting project to redevelop a piece of waterfront property at the mouth of the Passagassawakeag River (say that twice!) into a large-scale boatyard and marina, put its 165-ton Travelift into overdrive as Hurricane Irene churned its way up the East Coast. Almost overnight, virtually every square inch of storage space and even whole parking lots became covered in everything from lobster boats to cruise boats to the 89’ Hunt motor yacht Tumblehome. By the time the storm arrived in Maine, yachts sat cheek by jowl on the Belfast waterfront, and local and visiting boat-owners slept better with the reassurance that their pride and joy was on dry land.

Belfast has already proven itself to be a great, modern boatbuilding city, with the crews at French and Webb consistently launching some of the most gorgeous wooden boats we’ve ever seen. (It should be noted that French and Webb, like virtually every other yard in Maine, also worked overtime to get every boat it could out of the water and to safety before the storm.) After the performance that Front Street Shipyard put on in the days leading up to Irene, there’s no doubt that they’re a welcome addition to the Penobscot Bay boating scene.

Click on the image at left to see a few scenes from the Belfast waterfront during Hurricane Irene’s approach. 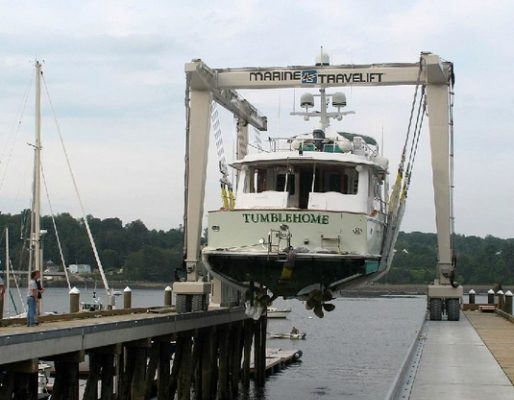