We were thrilled to hear that Grey Barn Boatworks took home the Best in Show award at the Newport International Boat Show last weekend, earning themselves a nice $1,000 discount on next year’s show and an impressive plaque from Edson International, the contest’s sponsor.

There’s no doubt that the potted mums and comfy wicker chairs — not to mention the gorgeous North Shore 22 sportster that Grey Barn had on display — helped sway the judges, but owner William Colbert and his wife were undeniably much of the attraction in Lot E. “The judges commented on the size of our mums, the trailer cover we had, and the overall appearance of my wife and I and our willingness to speak to everyone,” Colbert said. “We certainly weren’t the biggest display at the show, since I’m sure we spent a fraction of what some of the other exhibitors did, but I think we get a lot of bang for our buck.”

Colbert says that while he didn’t close any deals at the show — “I didn’t come away with any checks in my hand, but I don’t think that many people did” — he’s seen firsthand the benefit of having an award-winning boat show presence. “The boat we brought to Newport is going to be the tender for a 242’ Trinity motoryacht,” Colbert says. “And that boat is an order we took through the Maine Boats, Homes & Harbors Show in Rockland.”

The wicker chairs and the rest of Grey Barn’s display are going into the shed for a while now, though — the next event where the boatbuilder will be exhibiting will be the Boatbuilders Show on Cape Cod, slated for February 10-12, 2012. 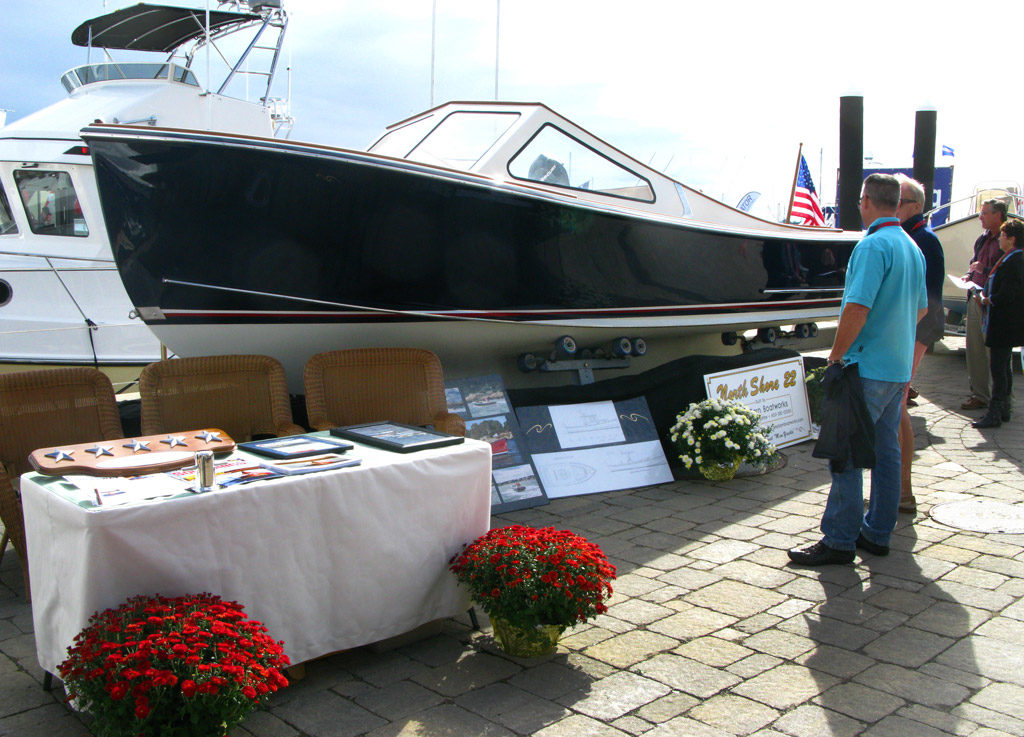 Posted September 21, 2011 by US Harbors & filed under Boating, Travel.

Photos of Sportster, Display Lead to Five-Star Award in Newport 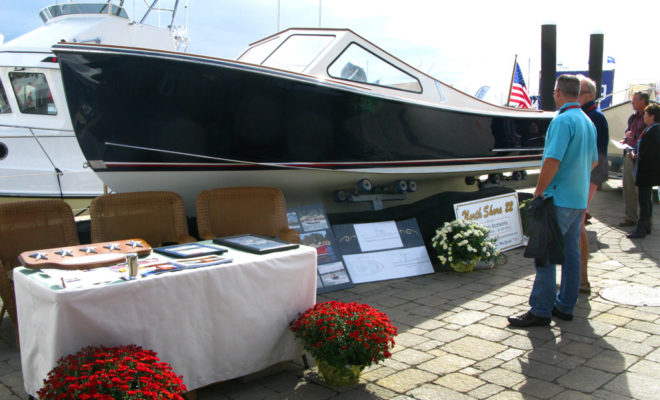