Exploring the Stark Beauty Of Eastport

Driving down Route 190, I quickly pulled off to the side and watched in amazement as a large group of ominous looking clouds rolled over the vast expanse of Passamaquoddy Bay. A few silvery rays of sunshine peeked through the clouds, illuminating the distant shores of Deer Island and New Brunswick. A cold October wind whipped though the field that stretched out in front of me. The clouds continued to race across the sky until a vivid rainbow appeared, along with a few patches of blue sky.

I watched as this dramatic show unfolded in front of me. Just like this aerial display, Eastport and its environs are in their own category. So many daily aspects of life are different here. The lobster boats are bigger, almost resembling Coast Guard cutters — you know, the ones that shear through thick packs of ice. These beastly boats are housed at the town dock, which resembles a watery prison, complete with thirty-foot-high wooden walls that form a lage L shape to protect all craft from incoming surf. Metal rung ladders start at the top of the wooden wall and plunge all the down into the water.

The boats here have thick hulls and wide bodies. With names like “Double Trouble,” and “Pretty Girl,” they seem to cultivate a colorful, yet intimidating image. It is an image that can also be felt throughout town. The main drag is small, but full of flavor. There are antique shops with fancy items in the window, clam shacks with neon-lit beer emblems adorning the windows, and a lonely looking Mexican resturant where a few fisherman enjoyed their lunch.

Some of the buildings are new, some are old, and some look as if they would blow over if a sudden gust of wind found them. Down the backroads of town, I found heaps of lobster traps and frayed rope strewn about. I walked down deserted docks and over rotting wooden wharves. Nearby, dusty old signs have fallen prey to large clumps of moss and numerous spiderwebs.

I came upon a group of four young boys who, skateboards in tow, were playing a game of hide-and-seek in the remnants of an old deserted brick building. One of the boys was wearing a Tom Brady jersey. “Are you a Patriots fan?” I asked. “Oh yeah,” he said. “My daddy loves them, so I do too.” Like father, like son, I guess.

I asked the boys what the story was with the decaying building they had been playing in. “It used to be a sardine plant,” of them said. “Now, nobody knows what they gonna do with it.”

His answer was appropriate, for there seems to be a lot of economic uncertainty blowing through Eastport, which makes me wonder what it would take to live in a place like this. It must be a true labor of love, or simply a situation of circumstance. The houses in town are generally small, and some could use a little TLC. Tattered American flags wave proud over small yards, which contain the day’s garbage as well as yesterday’s halloween regalia. Billows of smoke rise from chimneys, as men and women of all shapes and sizes mend the storm windows or sweep off the dusty porch.

The houses of Eastport look a lot like the majority of houses in downeast Maine. They were contrstructed not with a flair for style, but with a focus on form and function. Practicality rules the roost in these parts. The word quaint need not apply.

The people here are also in thier own catergory. The radio stations are almost all French. There is an Native American Indian reservation at Pleasant Point, home to generations of Passamaquoddy tribal members, the so-called “People Of The Dawn.” Ancient traditions and cultures hang on here, whereas in so many other parts of the country, sacred places like Pleasant Point have all but dispapeared, victim to the ever-changing times we live in.

On the outskirts of town, there is an old boat school where wooden relics of the past sit in overgrown fields. “Dead” boats, as the locals call them, with monikers like “Irish Broad,” and “Mrs. TC,” stand proud in the yard, where they will probably never leave, until they finally rot away, like so many others on the coast of Maine.

I walked through the yard, running my hands up and down the rusted sides of a few fishing boats. I imagined what they once looked like, how proud their previous owners must have been to man the helm and lead these vessels into the deep waters of the Gulf of Maine, in search of fish or a decent living.

Eastport is a rugged town, and its residents hardy souls. The scenery is breathtaking, but the reality is stark. Old ways die hard, and traditions are resistant to change. Money is made, but survival is earned and fought for. What else would you expect at the far eastern end of the United States, where the tides rise upwards of twenty feet, and the winter winds blow harshly over the barren landscapes of Washington County. 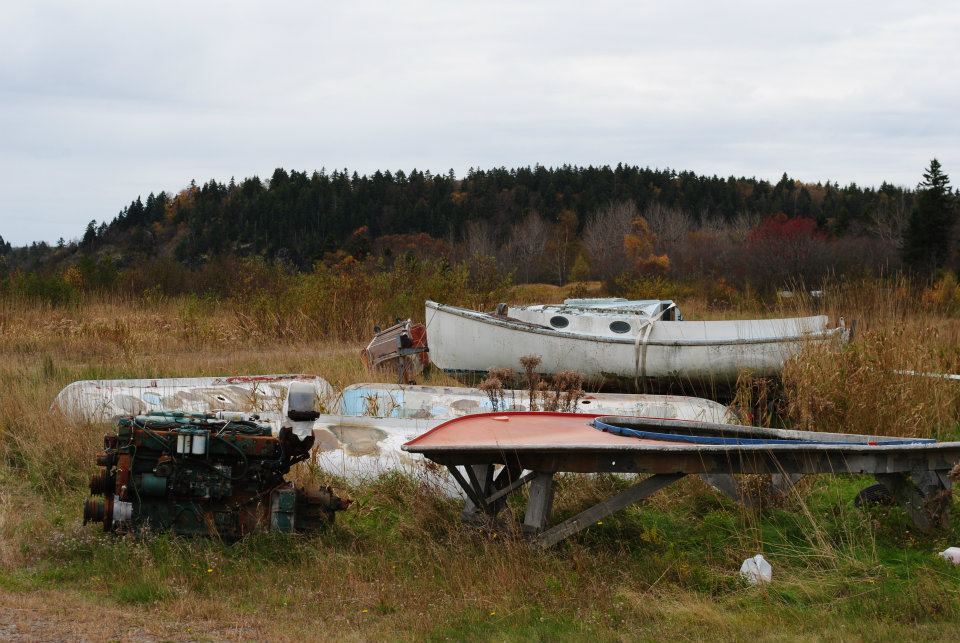 A real beauty in Camden harbor.

Photos of Exploring the Stark Beauty Of Eastport 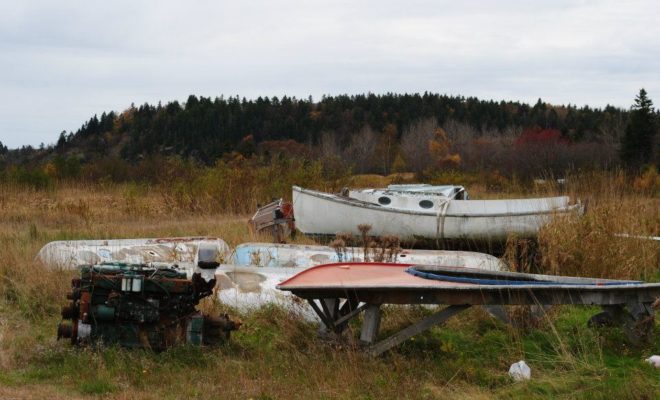 A real beauty in Camden harbor.