Final November Row of the Season

Last week I had the urge to take one final row on my home harbor of Rockport, Maine. The summerlike afternoon, in November, made it hard to resist.

Rowing up the placid Goose River at dead low tide felt like floating in the bottom of a granite block-lined crevasse. You could hear the distant rumble up ahead, where the river falls, finally, into the sea.

I’ve seen boats 80 feet long and drawing 10 feet of water launched right here, at high tide. I imagined I was drifting about level with the bottoms of those big keels, as the last of the ebb carried me back out into the harbor.

Not just another Maine picture postcard, Rockport Harbor was a flurry of activity. My oars floating in the rowlocks at times, camera in hand, I took shots of the activity as the low November light danced on the water.

An eclectic harbor, many second homes dot the hillsides here. Around the harbor edge, the public landing was covered in pickup trucks, fishing gear, recently pulled docks, and pleasure boats getting covered for the winter.

Marine Park was still green and people milled around the edges (wisely back a step from the water’s edge) high above me, enjoying the summerlike afternoon. I was hardly noticed drifting below all the commotion.

The fishermen’s crane was working overtime lifting large clumps of lobster traps off boats to trucks parked above.

Fishing isn’t over, yet. A few pungent drums of salted baitfish were being lowered to fishing boats below, and traded for crates of lobsters. Up and down the crane went, almost nonstop.

A few boats awaited hauling at Rockport Marine. The warm sunshine brought boatbuilders out of the red sheds for an afternoon coffee break on the docks.

Everybody loves a harbor.

Sunlight lifts quickly out of Rockport harbor at the end of the day. Not far behind it, I wrestled the dinghy into the truck, and called it a season. 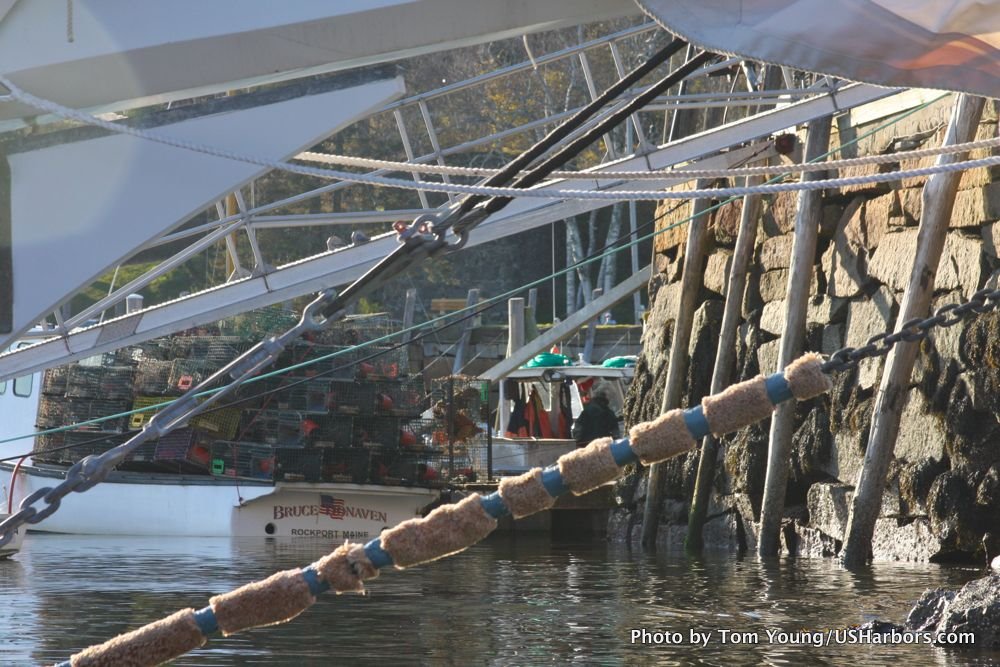 The view under a schooner's bow, as a lobsterboat unloads its traps.

Photos of Final November Row of the Season 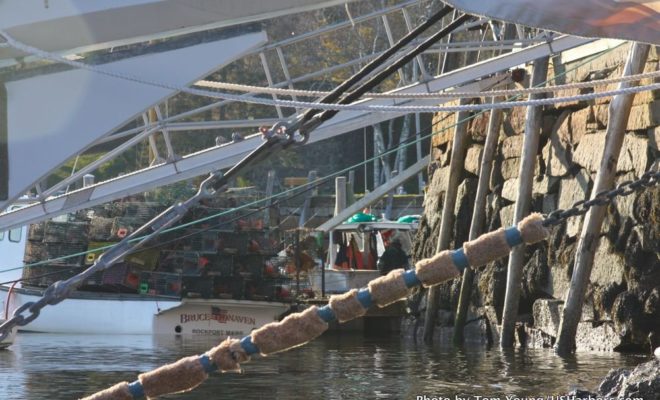 The view under a schooner's bow, as a lobsterboat unloads its traps.