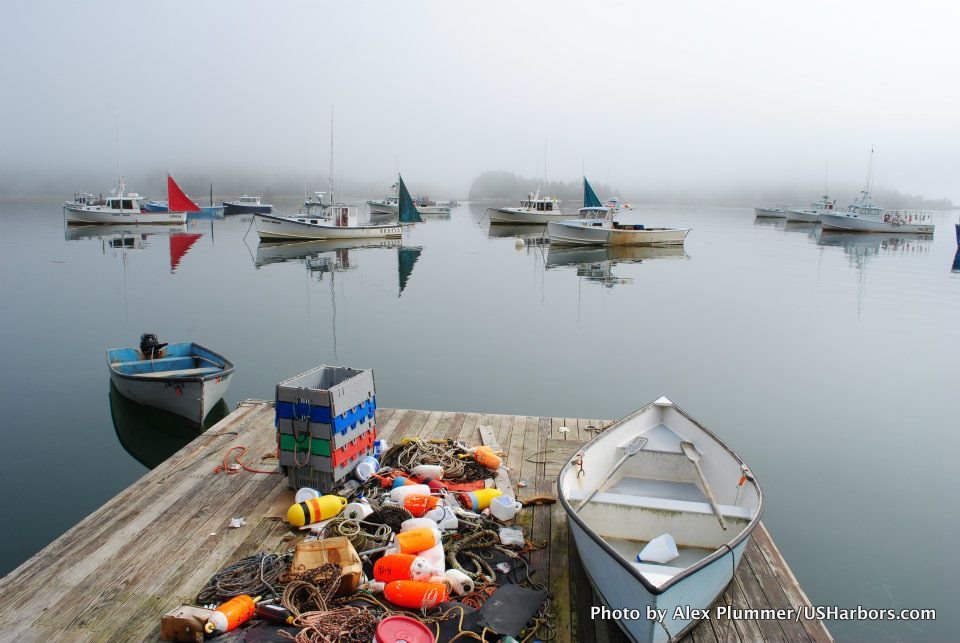 Swans Island is a quiet place, a true escape from the hustle and bustle of the mainland. It is a place where fishermen go about their daily business, and complete strangers wave to you as they pass by on the winding roads that cover this lovely piece of land, eight miles out to sea. It is the kind of place where everybody seems to know each other, a small island community that is tight-knit in nature, and a community that I found was exceedingly friendly in its collective disposition.

Everywhere I went, people waved, nodded or simply smiled. A young woman in an old pickup truck gladly offered me directions to the town beach. The ticket taker on the ferry asked me how my day had gone, and a young boy at the town beach offered me some of his sunscreen.

The friendly nature of the people of the island  — referred to simply as “Swans” by most locals — was best exemplified in the family of lobstermen who I met in Burnt Coat harbor.

It was like watching a family assembly line, all for one and one for all. “I think it’s suppose’ to lift sometimes this afternoon,” the father said, referring to the fog, which had now begun to really close in, making it pretty much impossible to see the opposite shore of the harbor. “Naw,” his son joked. “She’ll hang around here all day, always does.”

The father smiled and just shook his head. His face was wrinkled and his jaw was stout. He hadn’t shaved in a few days, but his hair was perfectly combed. His arms were long, and he used them to pick up a lobster trap as if it was a newspaper that has just been thrown on his doorstep. He spoke slowly and with a thick Maine accent. He referred to everyone, including myself, as “dear,” As in, “where ya from now, dear” or “how long you been out on the island then, dear.” He was very gracious, and in turn I felt welcome, no longer feeling like a mainlander who had come to their island, but more like a fellow Mainer who just wanted to shoot the breeze on a Sunday morning.

This seafaring family belonged to the Swans Island Fisherman’s Co-Op, which consists of a small green building with a giant American flag waving above. On the dock below the building, rectangular-shaped wooden nameplates were attached above each boat’s mooring. Names like Git’r Done and Fortunate Son were displayed for all to see, like a kindergarten class where each student has a cubby to hold his or her belongings. The nameplates, to me, symbolized a fishing fraternity, where each and every lobsterman was treated with respect and was welcomed back home after a hard day’s work. What a source of pride it must be for Swans Island fishermen to park their beloved boats in a place where their names are displayed, and their work is valued.

Photos of Meeting the Fishing Fraternity on Swans Island 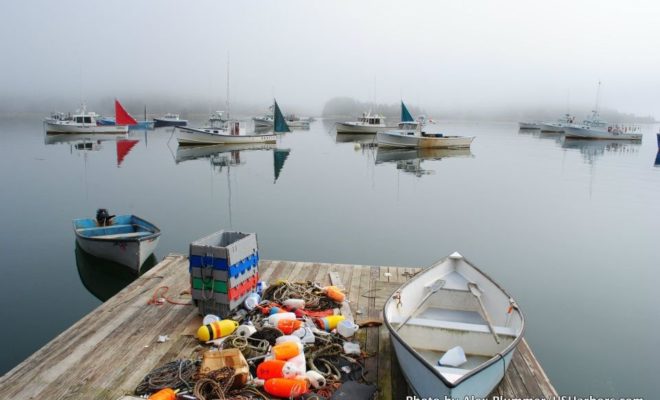