The Bygone Days of the Wellfleet Life Saving Station

This series of photographs was taken at the former U.S. Lifesaving Service station at Wellfleet, Massachusetts. The personnel manning these stations, which were located at many sites but primarily along the eastern seaboard, were sometimes referred to as “storm warriors.” Their careers sprang from an earlier volunteer effort organized by the Massachusetts Humane Society, which funded the construction of a few stations near busy ports from which boats could be launched to rescue crews from shipwrecks.

In the mid-nineteenth century, the Revenue Marine Division of the Treasury Department took up the administration of these near-shore rescue efforts, and after the Civil War, to fund them more aggressively, built more stations along less populated stretches of the coast.

The rescuers used specialized surf boats — shown in the photographs posted here — which were extremely heavy, self-bailing, and self-righting. They were either clinker- or carvel-built, and many were rigged for sail as well. Each boat would be manned by six or more surfmen wielding oars as long as 18’. Additionally, small cannon-like guns were employed to fire projectiles and attached lines out to foundering vessels when the seas were too heavy for the lifeboats. The lines were in turn used to haul heavier lines, along which cumbersome, four-person, watertight life cars or lighter breeches buoys could be pulled from ship to shore.

The crews drilled rigorously and often, in all types of weather. The men in these photographs appear to be posing for the photographer; this is likely a simulation of a simulation.

The Lifesaving Service was combined with other government agencies to form the U.S. Coast Guard in 1915. Some of these buildings have been preserved; the one pictured here is operated as a restaurant today. 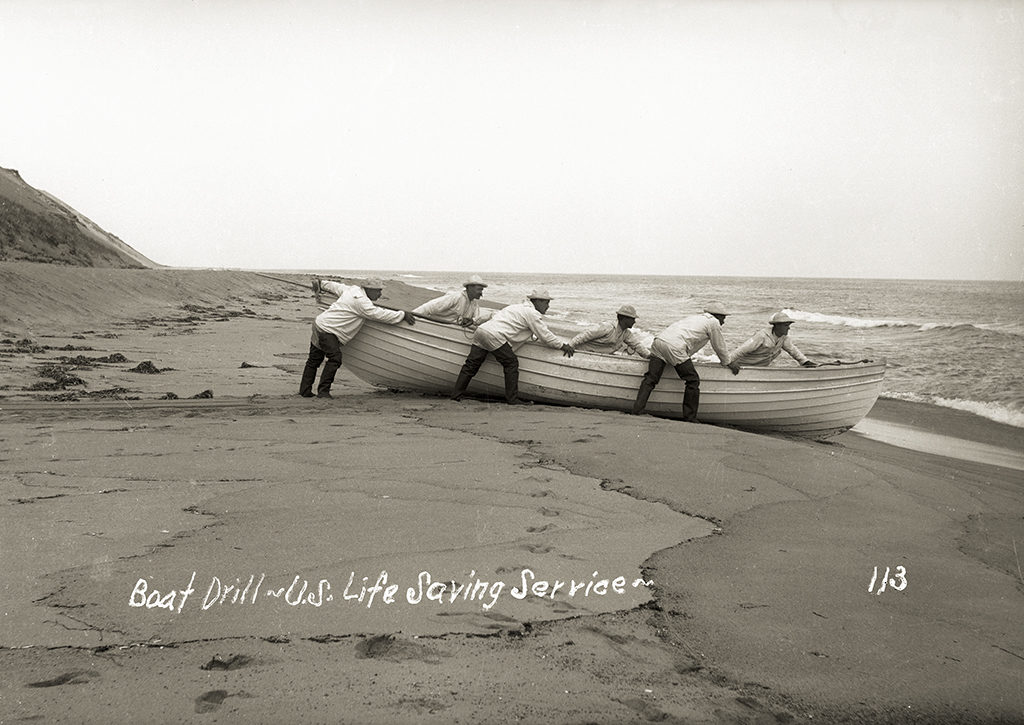 Photos of The Bygone Days of the Wellfleet Life Saving Station 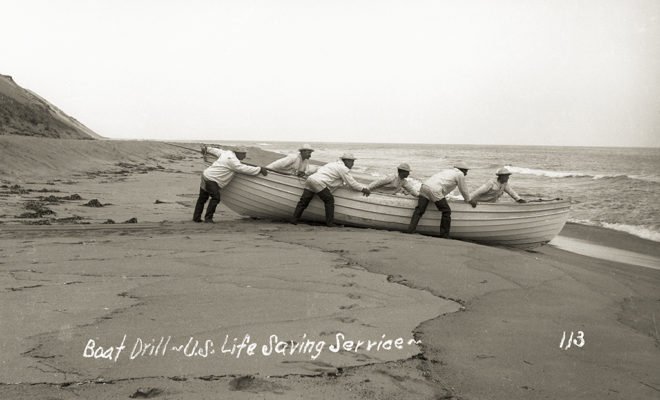