Last summer I experienced what all parties involved have deemed the “perfect cruise.” Every once in while, everything comes together — the weather, the company, and the boat. The rest, well, the rest was history! Pulling out of Rockport Harbor in my friend Mark Abb’s sturdy 21-foot center console powerboat, which he designed and built at the WoodenBoat School in Brooklin, three of my best friends and I prepared for a day of cruising, swimming, and basking in the late summer sun.

Mark ran across the bay to Pulpit Harbor, where we jumped into the icy waters of Penobscot Bay. We anchored in Cabot Cove alongside a few classic sailboats, many of which looked slim, sleek, and fast. Pulpit is such a grand place to spend some time in the summer. A cozy inlet full of jaw-droppingly gorgeous vessels, it manages to retain an old fashioned feeling, reinforced by the many graceful summer cottages that line its gentle shores.

After lunch and a swim, we headed north to the top of North Haven, where we passed Oak Hill and Marsh Cove before dropping anchor in a small sandy spit between Widow Island and Calderwood Island. I swam over to Widow and picked blueberries while roaming the small island’s untamed shores. If there is heaven on earth, surely it involves wandering aimlessly around an island in the middle of Penobscot Bay on a hot and sunny summer day.

We then headed across the eastern entrance to the Little Thorofare, plotting a course for the cozy confines of Winter Harbor and Seal Bay, on Vinalhaven’s eastern shore. It was in Winter Harbor where we found a shallow spot to anchor, just off Penobscot Island. The ocean floor was muddy and soft as I jumped off the end of the boat and swam around in no particular direction, much like I did when I was ten years old. Mark found a warm rock to take a nap on, while my friends and I found a large rock to jump off and showcase our somewhat spotty diving skills.

Finally, after much discussion, we decided that it was time to head back toward the mainland, as the dinner hour was soon approaching. Mark expertly guided us under the Mill River Bridge and shot up through the Fox Island Thorofare. Running the thorofare has to be one of the finest cruises in the entire world. Beautiful boats glide by to your left and right, while stunning summer cottages line the rocky shores above you. The Camden Hills in our view, we sped across the bay and made it back to Rockport in just under an hour.

The return was choppy, but the sun cast its spell on our faces, helping to ease the constant thump of the waves. Safely hauled out in Rockport, we retreated to the Waterfront Restaurant in Camden, where we ate like kings, sipped cocktails, and recounted what had been the best cruising day of my life.

Do you have a day or certain trip that stands above the rest? Tell me about it! 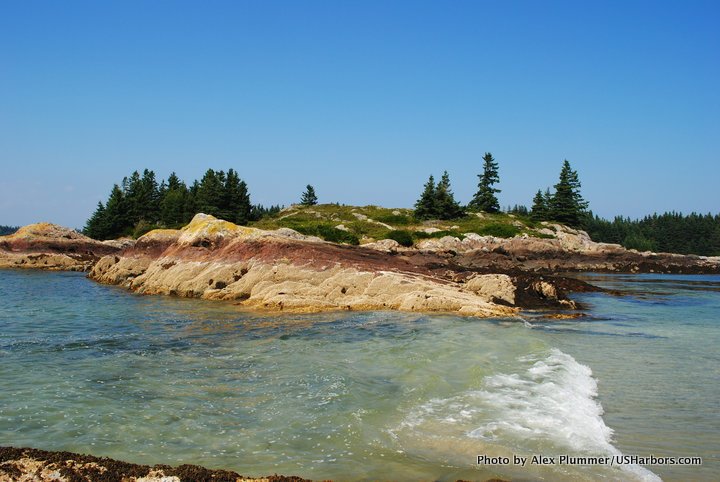 The view from Widow Island across to Calderwood Island, just off the eastern shore of North Haven.

Photos of The Perfect Summer Cruise Around Penobscot Bay 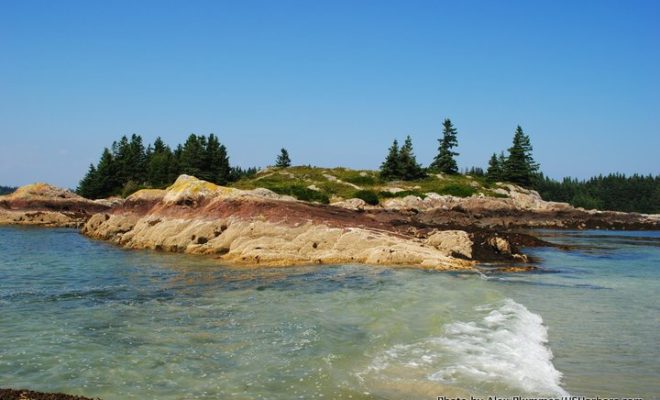 The view from Widow Island across to Calderwood Island, just off the eastern shore of North Haven.