As Far Down East As You Can Get: Lubec

East of anywhere, the town of Lubec has a frontier-like quality to it, especially in the middle of a Maine winter. Standing on the town dock, you can look right across to Campobello Island and up the mouth of Cobscook Bay to Canada and the islands of New Brunswick.

On a recent winter day when I stopped in Lubec, the streets of town were quiet and most of the shops and businesses were closed. A lone tavern was lit up, full of patrons, some local, some from across the border, all eager to come in from the cold. The wind, cold and raw, swept across the harbor with a ferocity that had not been evident in the first weeks of what has been a mild winter so far on the coast of Maine.

A few fishing boats, some a little the worse for the wear, sat at their moorings, bobbing up and down with the swells of an incoming tide. One particular boat, a hulking mass of rotting fiberglass and faded blue paint, sat beached on the shore, tilted up on its side. It sat next to a large red fishing shack that was attached to a weathered wooden raft.

This scene is typical of Washington County, where boats off all sizes and conditions litter yards and occupy what would be considered valuable waterfront property in more southern coastal towns. But there are no style points to be won in Lubec, where the tides roll in fast and deep and one cannot travel any farther east. There are only dollars to be earned and fish to be caught.

Local fisherman Merrill Mathews knows all about making a living in Washington County. He was born in Eastport, lived across the border on Campobello for a short time, then moved to Lubec, where he has lived for sixteen years. “What you doing down here,” he jokes, as he ties up his white skiff. “There ain’t nothin goin’ on ‘round here this time of year.”

I laugh, and explain that I like it that way. Mathews, a tall and rugged-looking man, is wearing the typical fisherman’s wardrobe: old jeans, muck boots, and a hooded sweatshirt that smells like the sea. He has been dragging scallops for the past few weeks, and hasn’t had much to write home about. “It’s tough out there,” he explains. “There are days when we go out and use sixty gallons of fuel and make two hundred bucks.”

Mathews loads up his gear and takes off, ready for a nice afternoon of rest before heading out for another week of dragging. “Hope you find a picture worth taking,” he yells out his window as he pulls away. I nod and reply that I always do! 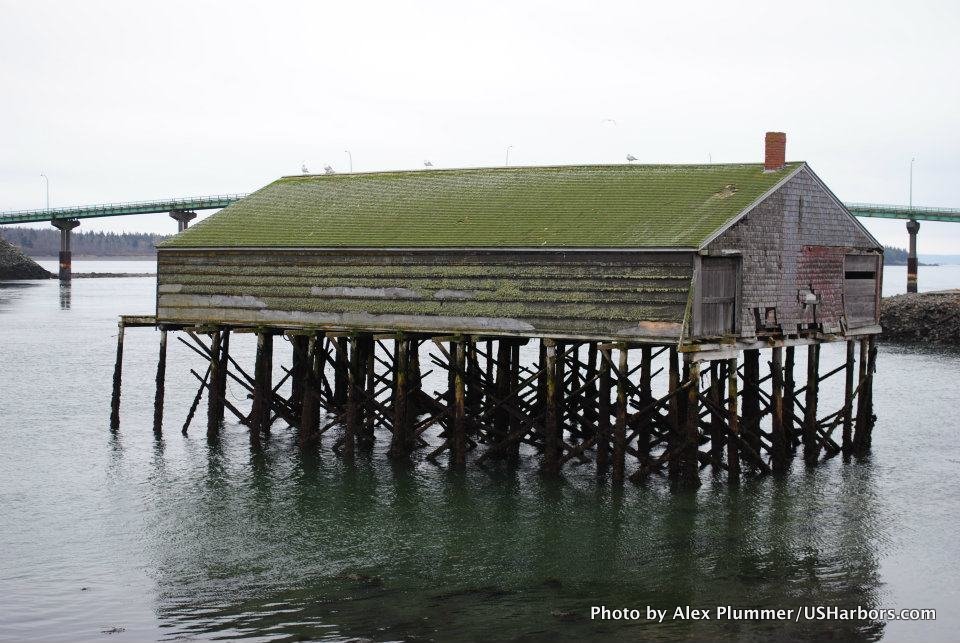 An old sardine shack stands in front of the bridge to Campobello Island in Lubec.

Photos of As Far Down East As You Can Get: Lubec 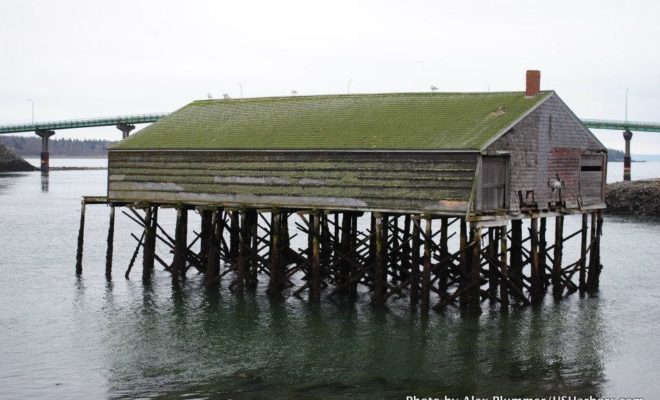 An old sardine shack stands in front of the bridge to Campobello Island in Lubec.