Out of the Mold: An Ocean Racing Yacht

There is a particular moment during the process of building a boat when the dream of a yacht suddenly turns into reality. In a wooden boat, it’s when the shutter plank is installed. In a fiberglass boat, it’s the moment the hull is removed from the mold. At Lyman-Morse Boatbuilding Company in Thomaston, Maine, that milestone was reached last week in a particularly remarkable project, one that will see a 76-year-old yachtsman attempt to break the solo, nonstop circumnavigation record.

Kiwi Spirit is a Bruce Farr-designed 63′ sloop being built at Lyman-Morse, and on March 15 the yacht’s hull was separated from the mold and moved to a new building at the yard. These photos of the move show that while the yacht is still very much a work-in-progress, its final shape is now apparent.

Between the watertight carbon-fiber bulkheads, crews will now install the interior, which has been built separately in a full-size mockup alongside where the hull now sits. Meanwhile, Kiwi Spirit‘s deck has been infused with resin and will be moved to the hull in a few weeks, when it has fully cured.

Launch is scheduled for early August, after which the owner plans a series of training voyages before his record attempt in November 2013.

For more information on the Paris 63 project at Lyman-Morse, click here. 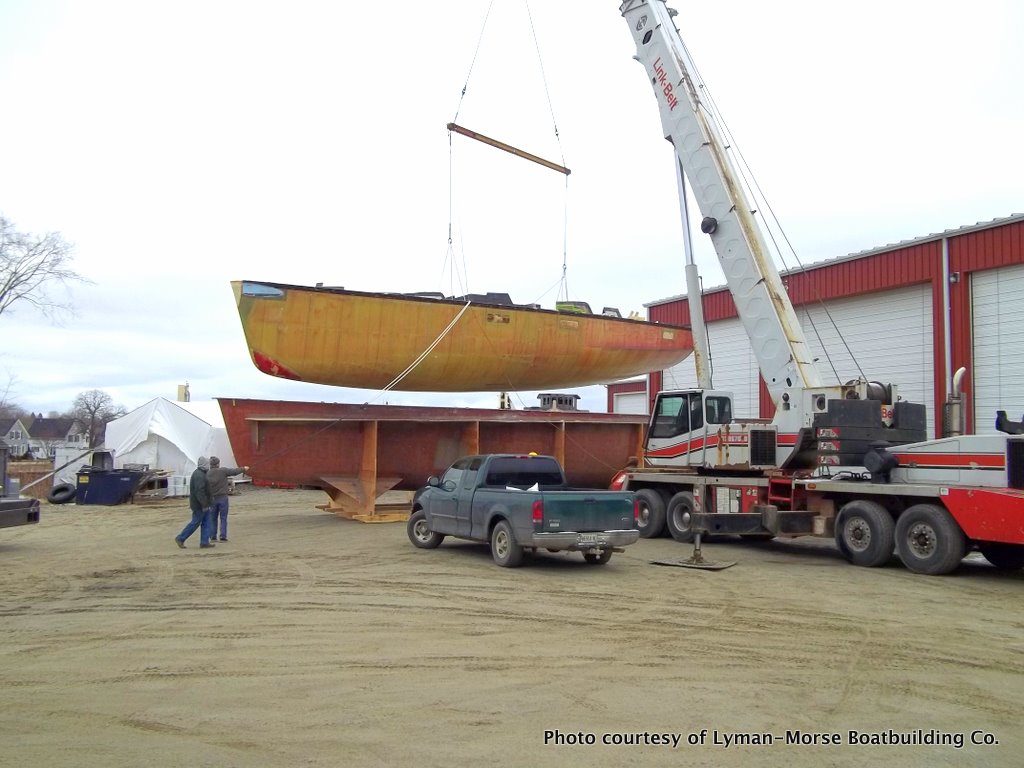 The Paris 63 "Kiwi Spirit" is pulled from its mold at Lyman-Morse Boatbuilding Co.

Photos of Out of the Mold: An Ocean Racing Yacht 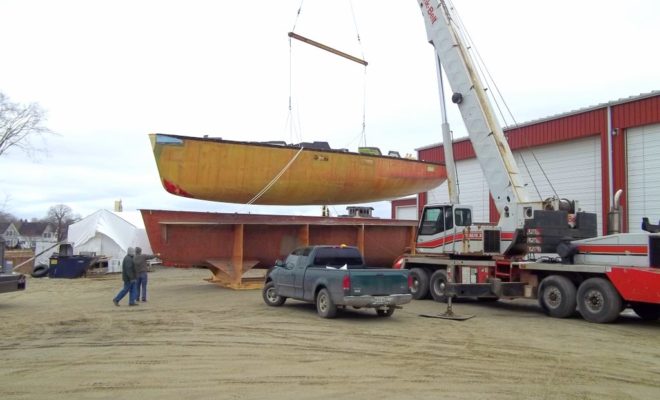 The Paris 63 "Kiwi Spirit" is pulled from its mold at Lyman-Morse Boatbuilding Co.