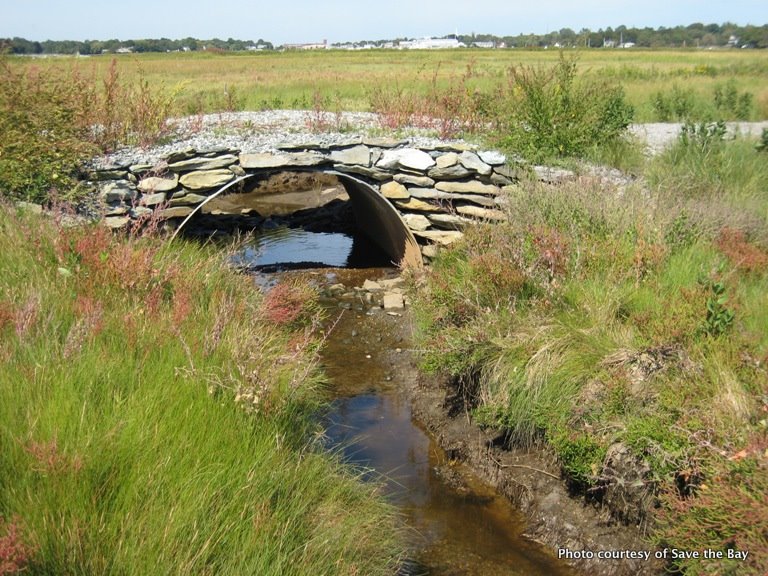 Three new culverts were installed under the footpath tidal restriction at Jacob's Point..

This week, the U.S. Senate passed legislation authored by U.S. Senator Sheldon Whitehouse to establish a National Endowment for the Oceans, Coasts, and Great Lakes. On Friday, March 16, Whitehouse will tour a marsh restoration site in Warren at Jacob’s Point to update Rhode Island environmental leaders about the bill’s progress and showcase an example of the kind of project that could one day benefit from the Endowment.

The Jacob’s Point project, led by Save The Bay, was funded by a NOAA-RAE partnership. The project has taken years of effort, from project feasibility assessment to construction to post-restoration monitoring.

For more information about the Jacob’s Point project, click here. 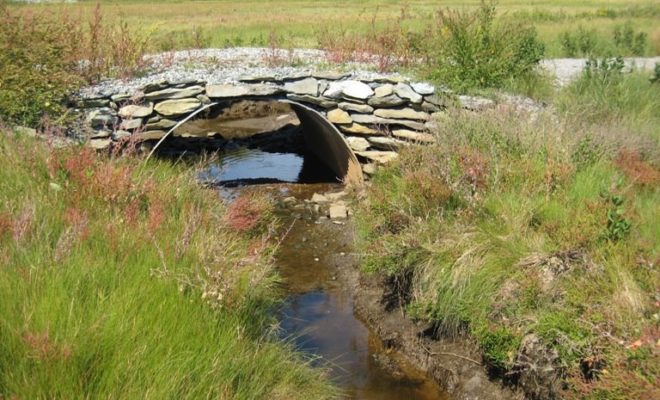 Three new culverts were installed under the footpath tidal restriction at Jacob's Point..