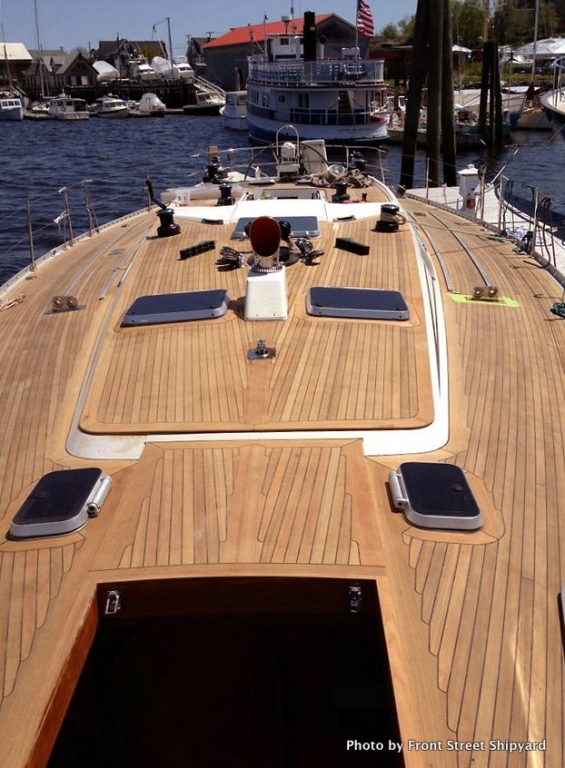 The new teak deck aboard SKY looks wonderful at the Front Street Shipyard dock in Belfast.

Preparing for yachts for the Newport-Bermuda Race puts boatyards through a race of their own, and we’ve had a big one this year. Sky, a Swan 53, joined Front Street Shipyard in February shortly after getting a new owner. The decision was made during the owner’s first visit that the boat needed a new deck — and it had to be ready for the Newport-Bermuda Race, only five months away! That was no small task, since it also involved rethinking some of the deck hardware and layout. It also meant all new rod standing rigging, new running rigging, new hydraulic Reckman headstay, new sails, all new electronics, and an update on some of the other systems to be able to enter the race. It has been a full-on race since the outset and will remain one until the start of the Newport-Bermuda Race on June 15.

As these photos show, the new deck job looks fabulous and we’re looking forward to tracking Sky‘s progress across the Gulf Stream!

Photos of Readying for Bermuda: Teak, Electronics, and Hard Work 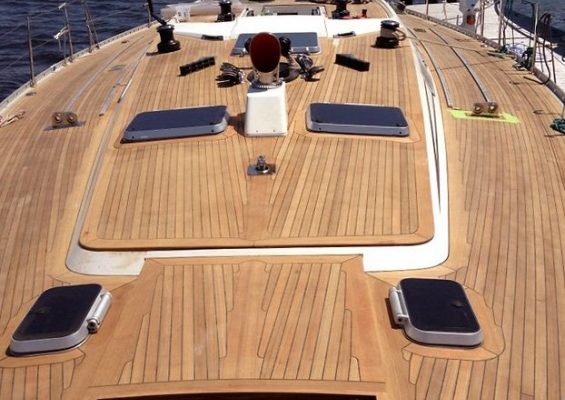 The new teak deck aboard SKY looks wonderful at the Front Street Shipyard dock in Belfast.