This is the third of five entries related to the Historic Ships in Baltimore — the Lightship Chesapeake.  Unlike the USS Constellation, the Lightship Chesapeake isn’t controversial and doesn’t have any conspiracy theories swirling around her.  Built in 1930, she was simply a lightship – and spent her long service life at various posts near Cape Cod, at the mouth of the Chesapeake Bay, off of Delaware Bay, and in Cape May.

The ship is filled with a large amount of historical content, but the items that stuck out in my mind were the two hurricanes – one in 1936 and the other in 1962 – that broke the ship’s anchor chain and placed the crew in peril as they struggled to remain on station with the engine racing at full speed and the spare anchor deployed.

Stories like that help to bring the ship alive, but I can think of many worse places to spend a maritime career as this ship was friendly, snug, and felt like home. 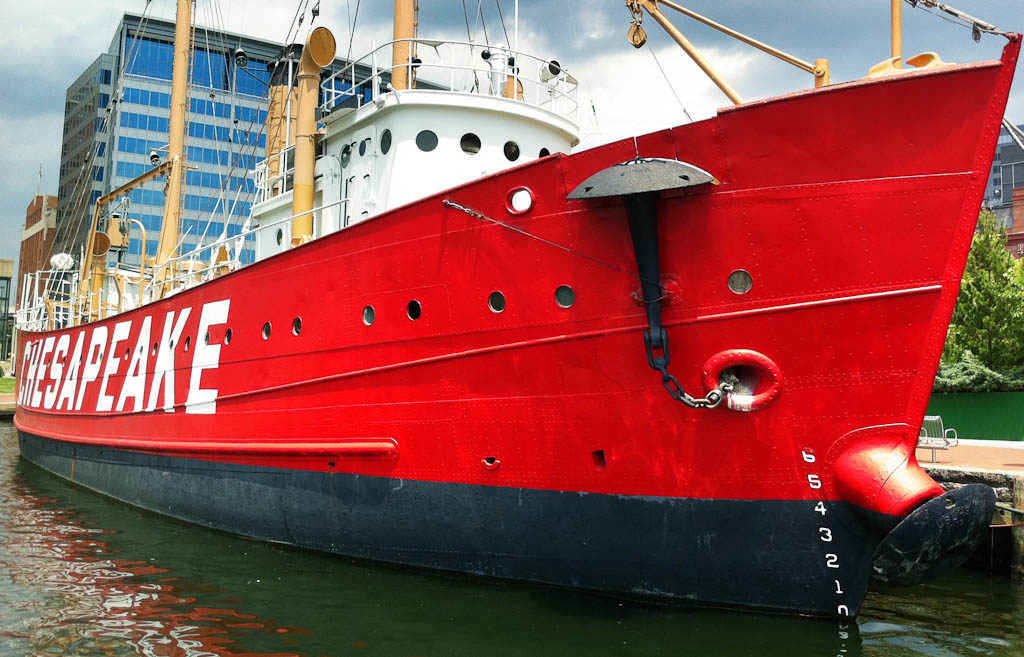