This is the last of five entries related to the Historic Ships in Baltimore.
Built in 1855, the Seven Foot Knoll Lighthouse is the oldest screw-pile lighthouse in Maryland.

This particular example is in fine condition, though it’s lacking full access all the way up into the light itself. Other screw-pile lighthouses available for public tour are wooden, rather than the iron plate construction of this one. Using the iron plating proved to be a wise decision, as it helped the lighthouse survive being struck by a large schooner in 1871, with only slight damage being reported. However, the iron construction may have also had some bearing on the fact that this light required more coal to keep warm than any other screw-pile lighthouse within the Maryland system.

Considering that there is no entrance fee to take a tour of Seven Foot Knoll Lighthouse, this one is worth your while to visit. 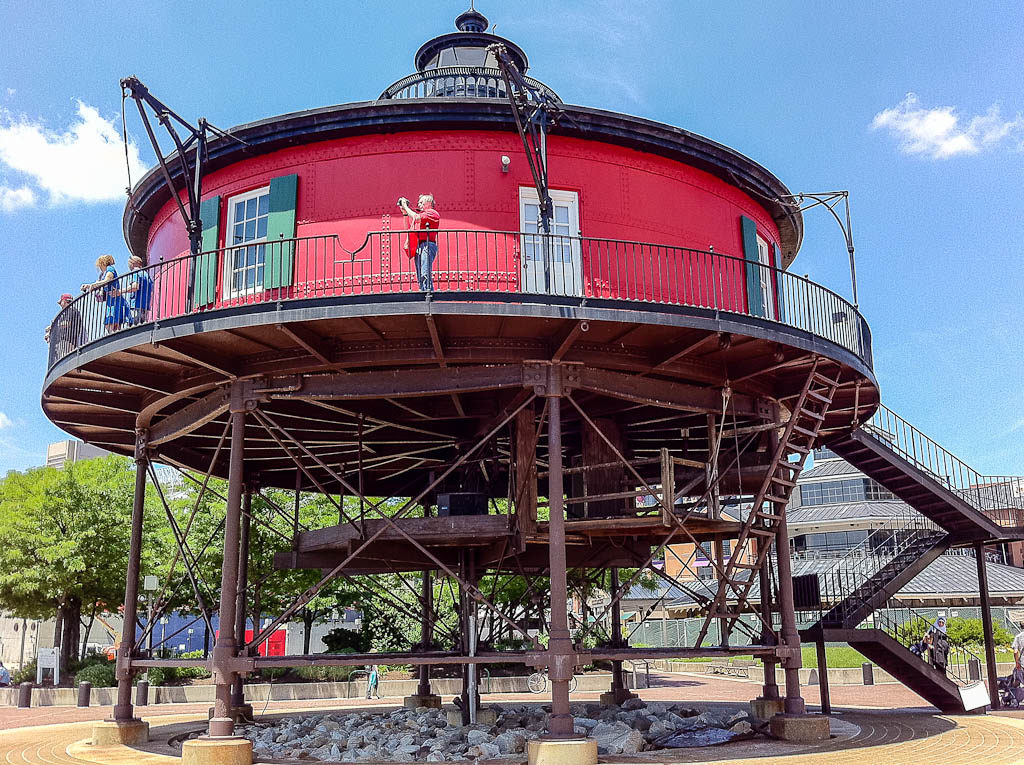 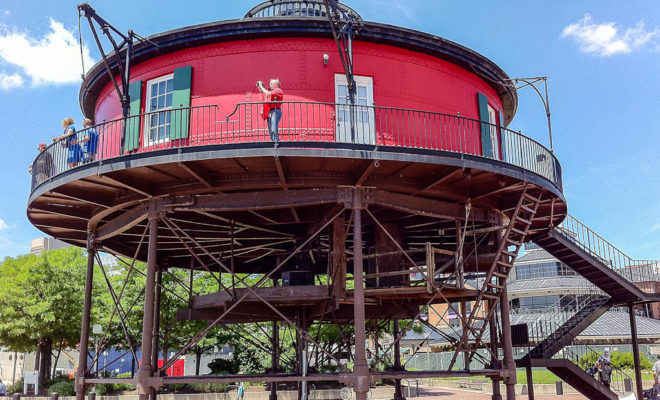