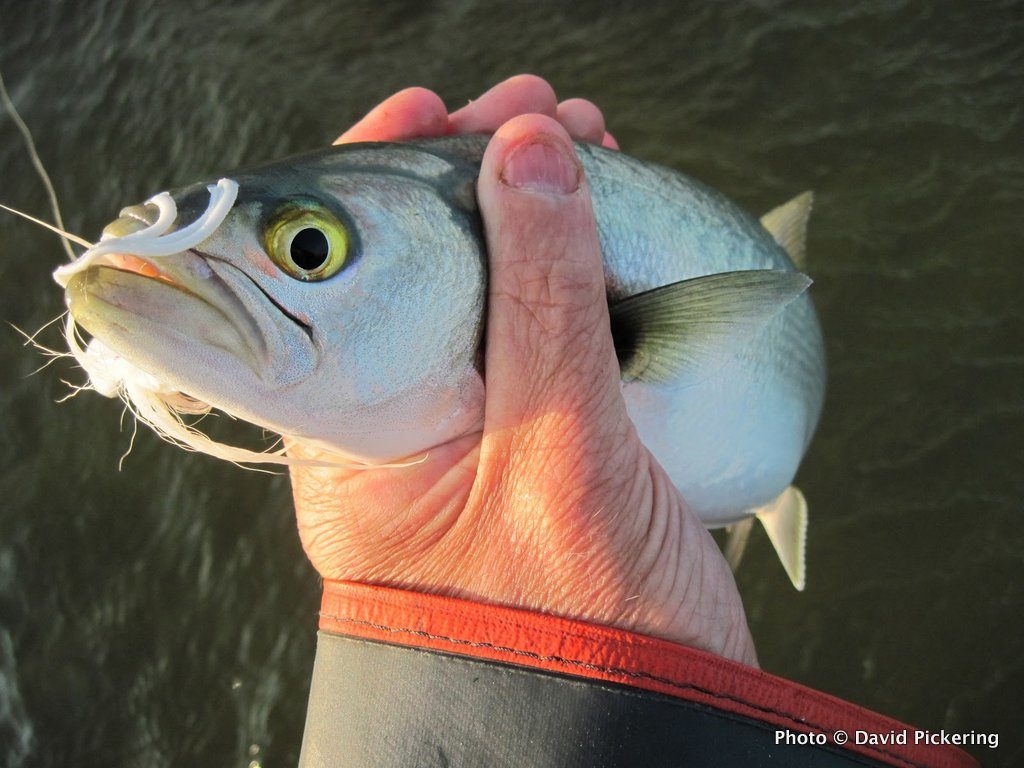 Foot long bluefish have invaded Narragansett Bay. They seem to be everywhere, whether you fish from shore or fish from a boat. The odd thing is that they are not schooled up. You see individual fish breaking here and there whenever any bait comes around.

Last night I tried a mid-Bay spot. Right away I saw a blue jump in front of me so I knew this was going to be night in which I would not use the expensive skinny plastic. In fact, anything plastic would be chopped to shreds. So, I snapped on my ol’ reliable 3/8 oz. flathead bucktail jig with a plastic curly tail. It did wonders as I landed seven bluefish and one lone schoolie. And, at the end of the night, the durable bucktail jig was still intact.

The blues I caught were spitting up bay anchovies once ashore. I also noticed good numbers of sandeels in the water, so there is a variety of bait to keep the blues eating. Meanwhile, striper numbers are way down in the Bay right now. I suspect it is due to warm water. Last night’s water felt like bathwater to the touch — not good for stripers.

So, it looks like bluefish is THE show right now in the Bay. Get yourself a light rod, some bucktail jigs and curly tails, and enjoy the action. They will probably stick around until the fall. 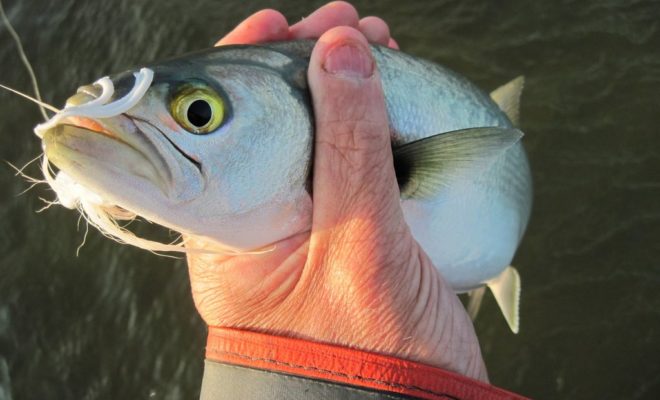